Who illegally erased 50 minutes of a 3-hour recording of a school board meeting and passed it off as official — and why? 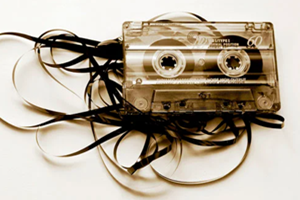 The Clinton Township School District Board of Education tampered with the official recording of its April 27, 2020 public meeting, then published it on the school district’s website, apparently in violation of New Jersey statute.

Almost 50 minutes of the 3-hour long public online meeting, which focused on the proposed school budget, were erased from the official recording.

The erased parts were largely audio of board member Maria Grant. ExMayor.com confirmed this after obtaining a copy of the complete recording. Several of Grant’s supporters on the BOE lost their re-election bids last year, and the new majority ousted Grant as board president in January.

Due to the COVID-19 crisis, CTSD board meetings are conducted online. Township parents complained about the erased recording on the Clinton Township Cares Facebook Group, where parents gather to discuss school matters. They wanted to hear the entire meeting.

The board has not made minutes of the April 27 meeting available. For the past 2 weeks, since the meeting, only the altered recording has been made available to the public on the district’s website. (While Grant was board president, minutes were notoriously unavailable for 5 or more months at a time.)

One resident who attended the online meeting reported that “grant [sic] was grandstanding for over an hour… attacking all the new BOE members!!!! I’m livid!!!”

Other commenters said of Grant’s performance:

“She’s just bitter. Let her rant. She’s mad that she blocked settling the teachers’ contract for the better part of almost a decade and now the teachers are finally getting the contract they deserve.”

Some residents demanded the full recording:

“The BOE member [Grant] expressed her comments, knowingly, during in the public portion of the meeting… not the executive session. It would then be public record.”

“Who should we be requesting g to make this available? I think people should submit requests ( would be nice if we had standard language). Agree that it is very concerning to be edited.”

Who is advising the board about the law?

Board President Lana Brennan announced at the beginning of the meeting that the board meeting would be conducted under the laws of New Jersey. Board attorney Vito Gagliardi was present at the online meeting. In 2012, under Gagliardi’s watch, the board was sanctioned by the Hunterdon County Prosecutor for fabricating official meeting records.

A person commits an offense if he:

(2)Makes, presents, offers for filing, or uses any record, document or thing knowing it to be false, and with purpose that it be taken as a genuine part of information or records referred to in paragraph (1);

Who is advising the board about the law?

On May 6, ExMayor.com used New Jersey’s Sunshine Law to challenge the school district’s publication of the erased, altered April 27 meeting recording. We submitted an OPRA request demanding that the district produce the complete, true recording. The OPRA requires a government entity to deliver a public record within 7 business days. The recording was received by this publication on May 11.

However, at the time this article was published, CTSD has still not published the true recording on its website. Only the altered recording is there.

The description of the April 27 recording says that “Board Members’ Comments Were Edited On Request for Legal Reasons.” 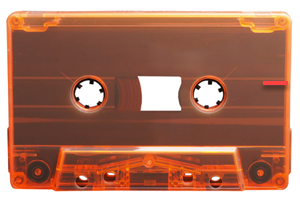 The board has not explained:

The public deserves answers. Not the now-routine, “Sorry — that information is attorney-client privileged.”

Listen to the full recording

The full recording of the April 27, 2020 CTSD BOE public meeting is the property of the public.

It is dismaying and troubling that the board was apparently advised to publish an altered and erased version of the true recording and that, even after delivering a full copy to ExMayor.com, the district has not made it available to parents and taxpayers on its website.

This copy of the recording is exactly as it was received from the CTSD. Nothing altered, nothing erased. It is approximately 50 minutes longer than the official version made available to the public on the district’s website.

Who is running the schools?

Last year, a new group of capable citizens got elected to the school board under a banner of change, responsibility and transparency. They formed a new majority and have accomplished much to improve Clinton Township schools.

Who is responsible for this?

It is difficult to imagine the CTSD board’s attorney was not consulted by board President Lana Brennan about the alteration and publication of the meeting recording.

It is likewise difficult to imagine that the attorney was not consulted about the release of the unaltered, true recording in response to the OPRA request submitted by ExMayor.com.

The public deserves to know the process whereby these events were permitted to occur.

A history of legal tomfoolery

More than one of the newly elected members has been aware of the legal problems the CTSD has faced under the long tenure of its law firm, Porzio Bromberg & Newman, and its attorney, Vito Gagliardi.

In the 2012 sanctions issued against the CTSD by the Hunterdon County Prosecutor, Gagliardi was the attorney to whom the notice of multiple violations of the OPMA was addressed. 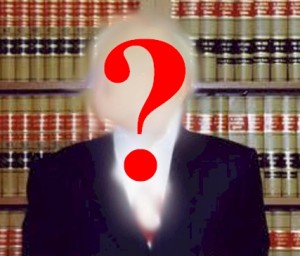 The Prosecutor notified Gagliardi that the school board in his legal care was publishing official records of public meetings that did “not reflect what actually happened at the… meetings” in question, and that “This Office is concerned that the minutes demonstrate a pattern as to how the Board regularly conducts itself.”

The Prosecutor wrote that he or the Attorney General “may bring an action for imposition of penalties for violations of the Sunshine Law” against individual members of the school board.

Ironically, the Prosecutor in that case relied on accurate BOE meeting recordings as evidence that written minutes of meetings were false.

And who did it again?

However, just a few weeks after the board violated the OPMA in 2012, the board did it again — with Gagliardi in attendance on its legal needs.

Who advised the BOE president to threaten residents and BOE members?

In early 2012, then-BOE President Jim Dincuff said on the record that he was acting on the advice of attorney Gagliardi when Dincuff launched protracted public attacks from the dais against members of the public, and threats of legal action against other board members for repeated “ethics violations” — all of which were revealed to be baseless and purely political. (See Ducking Integrity, Abusing Power: All on advice of the school board attorney.)

During those debacles, Maria Grant and recently deposed BOE member Kevin Maloy were on the board, egging Dincuff on.

Who got paid by taxpayers to sue the taxpayers?

In December 2018, Gagliardi and then-board president Maria Grant ginned up a 73-page lawsuit against the Clinton Township mayor and council, accusing them of illegally withholding millions of dollars worth of school tax revenues from the school district.

The same day Gagliardi delivered his lawsuit, Township attorney Trishka Waterbury Cecil slammed him with a demand to withdraw it — or she would apply to the court to “seek an award of sanctions, costs and attorney’s fees.”

Gagliardi withdrew the worthless action the next day.

According to documents obtained under the OPRA, CTSD paid tens of thousands of tax dollars on legal fees and associated costs for Gagliardi’s action — while Grant continued her decade-long crusade to avoid settling the teachers’ contract.

Whose DNA courses through the school board?

For well over a decade, many CTSD school board members, board presidents, superintendents and business administrators have come and gone while the district has suffered controversy after ugly controversy, costing taxpayers more and more money, and costing teachers seemingly endless grief and contract failures.

But the board’s attorney seems to be the DNA that survives each iteration of all the elected officials and administrators. And the legal troubles, the lack of board transparency, and board misbehavior seem to continue — on the advice of legal counsel?

Taxpayers and parents can only continue to wonder, Who really controls our schools? and Why are they preventing us from hearing a public meeting?

The newest iteration of our school board can do better.

Atone for the chicanery

ExMayor.com strongly recommends that the school board atone for its chicanery — Transparency indeed! — by devoting an entire meeting to a lesson about the rights of citizens in the management of their schools.

Inasmuch as the board has — for 2 weeks — disingenuously suggested to citizens they could legally have only an altered official recording of a three-hour meeting with 50 minutes erased, the presentation should be conducted by an independent attorney qualified to deliver forthright, candid and thorough lessons in the New Jersey Open Public Meetings and Open Public Records Acts — including open Q&A.

These laws guarantee the rights of citizens to fully participate in, and to have access to, the full proceedings of public government meetings of their elected representatives.

These laws also define the obligations of school board members to operate in complete transparency.

Fix it, and fix the school board

Needless to say, the board must publish the unaltered, true recording of its April 27 meeting.

Finally, the school board owes the public an apology and a full accounting of who erased one-third of a meeting recording and why it was done.

And is long past time for the school board to retain new legal counsel.

This entry was posted in Schools. Bookmark the permalink.