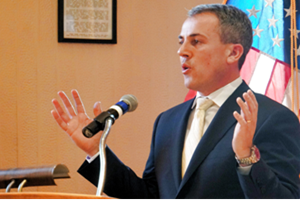 The consent letter to Superior Court Judge Yolanda Ciccone ends the township’s role in concealing what happened in August when police found Lanza slumped over the steering wheel of his black Ford Explorer, although some questions remain.

Initially, police didn’t release any information about charges related to Lanza’s Aug. 5 incident, which included driving under the influence of alcohol or drugs and reckless driving. But acting on tips, reporter Michele Blood filed an Open Public Records Act (OPRA) request with the township for the facts. When the township withheld many of the details — and while what was released dribbled out –- a lawsuit was filed to get the documents.

Editor’s note: TAPinto correspondent Michele Blood and long-time Hunterdon journalist Curtis Leeds began this probe last year when he was editor of TAPinto Flemington, eventually filing suit to obtain public records that Raritan Township refused to produce. Leeds then left TAPinto and planned to publish his follow-up on althunterdon.com, a new local news website he created. But TAPinto issued Leeds a cease-and-desist order, as explained here. Because Raritan Township, Freeholder John Lanza and TAPinto have all sought to stymie Leeds’ reporting, ExMayor.com is providing him a platform so that the public can be informed.

Until last week, the township vigorously opposed release of the records. Raritan Township attorney Edward Purcell claimed Lanza had a “reasonable expectation of privacy” and that the suit sought “information relating to medical, psychiatric or psychological history, diagnosis, treatment or evaluation” which should be shielded from disclosure under the law.

Purcell also said that the township’s “interest in confidentiality” outweighed any interest in disclosure, that the suit was “frivolous” and release of the records was “barred by public policy.”

Later, Flemington attorney Carl Taylor filed with the court on Lanza’s behalf, also seeking to suppress release of the records. When management at TAPinto Flemington changed last month, Taylor sought to use that to keep the records secret.

But after hearing oral arguments in the OPRA suit and reviewing the records and multiple motions, Ciccone ordered the unredacted release of almost all of the documents related to the charges against Lanza.

The township “violated OPRA and the common law right of access” by not supplying the records, the judge wrote on Feb. 5. She ordered that the material be released within seven days. 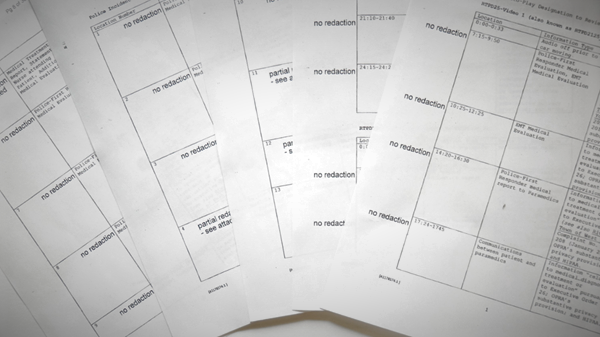 In multiple motions, Taylor sought to have the court delay release of the records pending Lanza’s appeal. But the court posted the newly-released documents to its website, prompting TAPinto editor Audrey Blumberg to follow-up on the story the next day, including revealing Lanza’s blood alcohol level.

“I was surprised and disappointed not only by the decision, but more so by the court disseminating the records immediately,” said Taylor in an interview Friday, “foreclosing our rightful ability to seek a stay and appeal.” Taylor added that the court knew of his intent to appeal, which he mentioned during oral argument in court and in a letter last month.

Because of Lanza’s public office and local prominence, the DUI case was moved to Sparta Municipal Court in Sussex County where it was heard by Judge Paris P. Eliades. NJ.com reported that Lanza pleaded guilty on Feb. 3 to the reckless driving charge, and that the judge entered a “not guilty verdict at the state’s request” on the DUI charge.

The newly released documents show that what Lanza has publicly acknowledged as “a potentially life-threatening situation” was a blood alcohol content (BAC) of .34 percent, more than four times the .08 percent legal limit.

Reporting on a different story and quoting a researcher at the National Institute on Alcohol Abuse and Alcoholism, businessinsider.com characterized that level of intoxication as “dancing on the edge of death.”

The court records show that when police arrived Lanza “was drooling and his head was resting against the steering wheel.” Patrol Officer Connor Gallagher reported, “I could not tell if he was breathing and I became greatly concerned for his well-being,” leading police to force their way into the SUV by breaking the passenger window, to which Lanza did not initially react.

After getting Lanza out of the vehicle, Gallagher noted that while he did not smell of alcohol and did not have blood-shot eyes, Lanza “was unable to walk or maintain balance on his own.”

Lanza was taken to Hunterdon Medical Center, where police said, “Though Lanza said few words, he slurred the ones he used.” When asked to consent to blood and urine testing, Lanza replied with a firm, “No.”

The township also redacted police dashcam videos, which may provide clues to another aspect of the case, and that’s the $12,500 in cash that police found in Lanza’s SUV. Through his attorney, Lanza has previously said that police returned the cash to him, which he used to pay a contractor.

Those videos are also subject to Ciccone’s order that records be released and while Raritan Township is willing to provide them, it said it would wait until Taylor’s most recent motion is decided, unless otherwise directed.

Taylor filed for an “emergent motion” with the Appellate Court to block Ciccone’s order to release the videos, which was denied on procedural grounds and sent back to Ciccone.  She’s expected to hear the motion on Feb. 18.

The OPRA suit was filed on behalf of TAPinto Flemington by CJ Griffin of the Hackensack-based law firm Pashman Stein. Oral arguments were made before Ciccone by Michael Zoller of the firm.

Reporter Curtis Leeds can be reached at cleeds321@gmail.com.

This entry was posted in Hunterdon County and tagged DUI, lanza, Raritan Township. Bookmark the permalink.