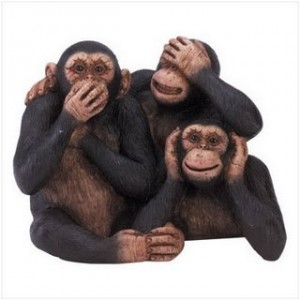 The “3 Ms” running for “re-election” on the Clinton Township school board are an embarrassment:

Hundreds of their campaign signs are all over town. The three incumbents have ganged up as a “team” to run against just one other candidate, Jill Setaro, for the three 3-year seats.

The 3 Ms have now out-spent every school board campaign — to block one new candidate from getting elected.

Editorials About The 3 Ms’ Record

In recent months, the press has had a field day with the board of education these “3 Ms” have turned into a mockery:

Express Times: Clinton Township School Board should have been punished for Sunshine Law violations

Keep in mind: The 3 Ms were never elected in the first place. All were apppointed to fill vacant seats. Rachel McLaughlin ran twice before but was rejected both times by voters.

It’s hard enough to get people to run for the board. This is how the Ms welcome newcomers?

Maloy, McLaughlin, and McTiernan have a record of supporting the misrepresentations, meeting violations, and bullying of board president Jim Dincuff, and pretending that the most criticized school board in New Jersey is doing just fine.

The 3 Ms continue to violate state law after Hunterdon County Prosecutor slams the board of education for multiple violations of the Open Public Meetings Act: Scofflaw School Board Just Can’t Obey The Law: Dincuff’s crew is a mockery

Give a newbie a chance — and send a message that you want this school board cleaned up. Vote for Jill Setaro. And then write in two other names to send a signal to the inbred crowd that most of our board members have become. It’s getting tiring watching violations of New Jersey law committed by the board (as found by the county prosecutor) — and now watching them run for re-election “on their records.”

The 3Ms are an MMMbarrassment — and so is ganging up on one other candidate in a Clinton Township school board election!

This entry was posted in Election 2012, Municipal, Schools. Bookmark the permalink.