At the March 29, 2012 Clinton Township board of education meeting, board president Jim Dincuff accused his “board members” of “breaching confidentiality.”

8 Board Members Hung Out to Dry

But Dincuff gave no names, thereby impugning the integrity of all eight members of the board.

He made reference first to one board member, then to two board members, accusing them of ethical violations and of “disturbing” him. But Dincuff offered no evidence or supporting documentation, even though he referred to specific mystery documents in his accusations.

Dincuff stated that board attorney Vito Gagliardi “advised me to make a statement in public tonight,” suggesting that Gagliardi approved the accusations and instructed Dincuff not to name names.

Ethics complaints are usually handled entirely in closed session, to protect the identities of the accused until formal charges are made and judgment is rendered by the state ethics commission. It is not clear why Dincuff chose to indict his entire board, or what his evidence is because he didn’t provide any.

Public Threats, Intimidation, and a Gutless Assault on Reputations

In his statement, Dincuff attacked people personally — but carefully avoided getting sued for slander by not naming names. Is that what attorney Vito Gagliardi coached Dincuff to do? 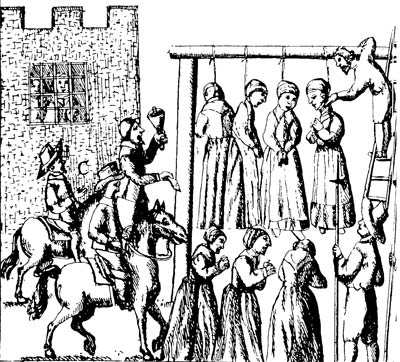 Gagliardi was not present at the meeting. In fact, the school board only very rarely has an attorney present, claiming it’s not worth spending the money. (The Clinton Township council, with less than half the budget of the board, almost never conducts a meeting without an attorney present — to ensure the law is followed. This protects both the public and township officials.)

Was Gagliardi present in the “executive session” where Dincuff took the board members, presumably for a private rubber-hosing that he’d never have to defend in public?

Dincuff delivered a carefully orchestrated public attack. He stated he had written the statement that afternoon, yet did not update the agenda to include it — a mistake that will come back to haunt him.

Through these carefully orchestrated steps — worked out in cooperation with attorney Vito Gagliardi, whose absence speaks volumes about how illegitimate Dincuff’s attack was — Dincuff protected himself from a slander suit while impugning the integrity and reputations of all his board members — and a member of the public.

Into The Back Room

Worse, in a sick Machiavellian twist, Dincuff adjourned his attack on his board members 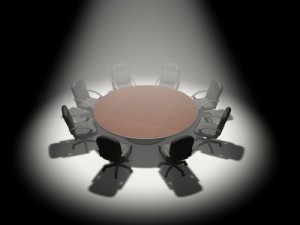 into closed session, which wraps a cloak of confidentiality on everything discussed. In so doing, Dincuff protected himself. Board members are now led to believe that they cannot publicly defend themselves from the secret accusations, or they will be guilty of what Dincuff has already accused two of them — violation of confidentiality. Dincuff’s witch hunt has been adjourned into a dark room — and the minutes of that closed meeting will not be made public until Dincuff and Gagliardi decide the matter is resolved.

Or so Dincuff believes. More on that later.

The problem is that Dincuff’s attack on his own board is wholly a collection of bureaucratic doublespeak with no basis in fact. It’s an attempt to distract the public from Dincuff’s bloated budget and his total disregard not only of his written promises to cut taxes — but of the 100% protests from citizens who demanded answers and tax relief at the most recent two board meetings about the budget.

But as he intended, Dincuff’s witch hunt took the story about his failure to keep his promises off the front page.

The Un-elected Member of The Community

Events leading up to the March 29 meeting clearly suggest that the “unelected member of the community” that Dincuff did not name is the editor of ExMayor.com.

Dincuff’s problem is that the e-mail that he refers to — the offending e-mail I sent to the New Jersey State Department of Education — the e-mail he did not produce — reveals that Dincuff’s speech is empty innuendo.

We’ll take a look at the e-mail, and you can decide what Jim Dincuff is up to. The evidence will suggest that Dincuff’s motive is to hide his failure to live up to his promises to cut school taxes, and to hide his disturbing record of spending millions of dollars never approved by voters to expand school operations.

While our school population is down dramatically.

And while Dincuff is spending 14% more this year than last year to educate each pupil.