You say you like to exercise your right to vote on school budgets every April? 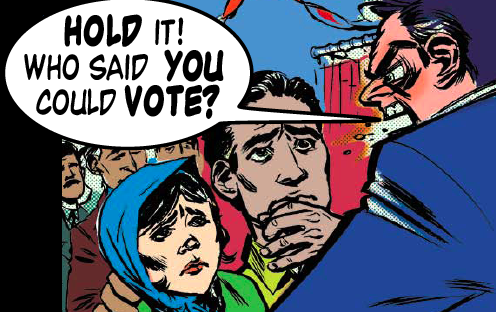 In a stunning 6-3 vote, on the evening of February 13 the Clinton Township Board of Education (BOE) eliminated the 100-year-old right of citizens to vote on school budgets  — and justified the vote by citing the results of a rigged “survey” of residents.

During the past 10 years, Clinton Township voters rejected most school budgets, demonstrating a lack of faith in the BOE’s financial management.

Most of the 6 board members who voted yes — Jim Dincuff, Mark Kaplan, Michelle Cresti, Kevin Sturges, Maria Grant, Rachel McLaughlin — cited as justification for their action the will of the voters expressed in the survey. (See also Hunterdon Democrat: Clinton Twp. board of education approves moving school election to November.)

They nonetheless acknowledged during the meeting that the BOE doesn’t know whether the people who “voted” in the survey are residents of Clinton Township, since the survey was anonymous.

Further disclosures about the questions posed in the survey revealed that the survey was rigged.

What “will of the voters?”

The BOE conducted a “survey,” available only on the BOE website to people who happened to visit — and the survey collected only 250 responses. It is unknown who the respondants are, where they live, or how many times they each voted.

Board member Mark Kaplan admitted the survey was “a poor statistical sample” for a township with a population of over 13,000 — but quickly concluded that the board should do as the “majority” of the 250 wished.

Board member Maria Grant reported the results to the board just before they voted — but she stated that the information was not the final tally.

Grant discussed and interpreted the narrative comments of survey participants, but did not provide printed copies of the survey results to the other board members. Board president Jim Dincuff did not permit public comments or questions about the legitimacy of the survey. According to Grant, a “majority” of survey participants “voted” YES to move school elections to November.

But what did the “voters” say about giving up their right to vote on school budgets and taxes?

It turns out the survey didn’t ask whether citizens they were willing to give up their right to vote on school budgets. Rather, the questions in the survey were only about moving school elections to November.

Under orders of BOE president Jim Dincuff, the survey was “loaded” to mislead participants. After asking whether the user has kids in the district, the survey asked three main questions. The items from the survey below were copied directly from the BOE website.

The survey was clearly rigged, because nowhere on the survey were participants asked “YES or NO” —

Survey participants thought they were merely “voting” on whether to move school elections to November. And the two clever follow-up questions kept them focused on just that one issue.

They were not voting to give up their right to vote on school taxes.

That’s how Dincuff and his majority cohort “loaded” the survey — and fooled participants into “supporting” the elimination of a 100-year-old election. No one voted on the survey to eliminate their right to vote on school budgets — because Dincuff made sure the survey didn’t ask.

That’s how Dincuff and his cronies fabricated “the will of the voters” to support their theft of an election.

It wasn’t a survey — it’s a fraud against voters 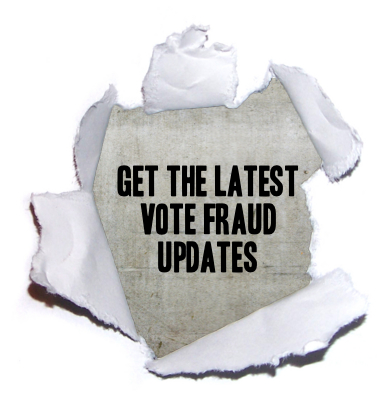 With barely 250 “participants,” the survey was indeed “a poor statistical sample,” as Kaplan disclosed. A legitimate survey would have been sent to all residents by the BOE, in order to gather a full cross-section of opinions.

In fact, the author of this column intentionally misrepresented his status as a “Parent with at least one child in the District” to test the survey. But the survey accepted the input as valid, and Maria Grant counted the author as having children in the district. Anyone could have “voted” in the survey.

There is no telling how many fraudulent responses were counted and reported by Grant.

When confronted with the low number of responses and with the sampling problem, board member Rachel McLaughlin — who was not elected to the board, but appointed recently after being rejected by voters in two prior school board elections — asked how board members could not act in accordance with the majority of survey respondents’s wishes.

Armed with the worthless survey to support her promise to act “in the best interest of our district,” moments later McLaughlin joined Dincuff, Kaplan, Cresti, Grant and Sturges to take away citizens’ right to vote on school budgets.

The only detailed speeches on the matter were given by the three board members who voted against eliminating school budget elections — Marc Freda, Michelle Sullivan, and Kevin Maloy.

Board member Mark Kaplan’s professional credentials suggest that he clearly knows better than to draw conclusions from a “survey” that was limited to a few people who visited a website. He admitted when pressed by board member Marc Freda that the survey was not statistically valid because it did not sample the will of the community. Yet Kaplan cited “the majority” of the responses as the reason to vote YES to eliminate budget elections.

The survey was presented as a “vote” — but no one knows who was voting.

The survey was presented as “the will of the people,” yet the people were not asked if they wanted to give up their right to vote on school budgets and school taxes.

The rigged survey was used in a concerted effort of the majority of the board to defraud registered voters of their right to vote.

The “new” board of education is — to paraphrase Pete Townshend — the same as the old board: Corrupt and unethical, and still lying to the citizens of Clinton Township.

Among those on the board who voted against voters, Dincuff’s and McLaughlin’s seats will be up for election in November. Dincuff has not yet attempted to lead the board in an action to eliminate that election as well — but who knows? Monday night’s action automatically extended Dincuff’s term as board president another 8 months — so he’s got more time to try. After defrauding taxpayers of a $247,000 tax refund last June, the Dincuff damage continues. 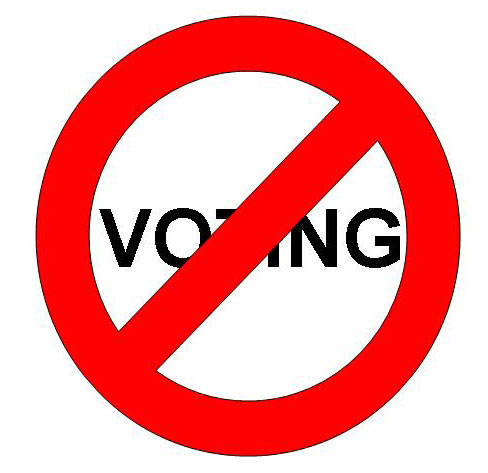 If you planned to vote once again in April on the Clinton Township school budget and tax levy — you will no longer be permitted to do so.

You will no longer have any say about school taxes — not by voting, anyway.

But trust the good will of your board of education. It has offered an olive branch to those who exercised their right to vote against all those budgets over the past 10 years.

Prior to eliminating your right to vote, board member Maria Grant emphasized that you are welcome to express yourself about school taxes — but only by talking, not by voting. She added wording to the resolution to guarantee that.

The question is, what are you going to do about it?