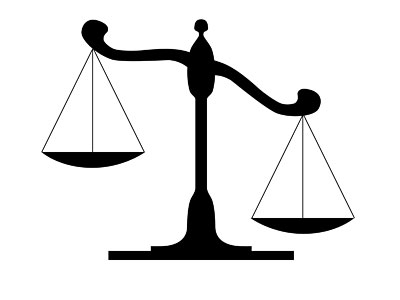 ExMayor.com today filed a complaint with the Hunterdon County Prosecutor’s office, alleging that the Clinton Township school board violated the New Jersey Open Public Meetings Act (OPMA) on multiple occasions, including at its February 27, March 26, and March 29, 2012 meetings, when it went into closed (or “executive”) session in violation of N.J.S.A. 10:4-13. The March 26 meeting was the public hearing for the school district’s 2012-2013 budget, which suggests the new budget may be tainted.

The complaint also alleges that the board of education has been routinely falsifying its “approved meeting minutes” to cover up its violations of the OPMA.

Concurrently, John Paff, chair of the New Jersey Libertarian Party’s Open Government Advocacy Project, has delivered a draft lawsuit to the school board, threatening to sue in New Jersey Superior Court if the board does not publicly discuss and remedy its practices, at its May 14, 2012 meeting.

“I have threatened to sue the Clinton Township (Hunterdon County) Board of Education for violating the Open Public Meetings Act in a way that is new to me–by passing a verbal, closed session motion/resolution during a public meeting that differs substantially from the version of the motion/resolution that is recorded in the meeting’s minutes.”
— John Paff

In a communication to the school board, which Paff has shared with ExMayor.com, Paff emphasizes that his intent is “to increase governmental openness and accountability, especially at the local level.”

The school board conducts “closed” or “executive” sessions illegally…

While the law permits a public body to meet behind closed doors to discuss one of nine types of sensitive matters (N.J.S.A. 10:4-12), the OPMA does not permit secret meetings. That is, “executive session” is not a free-for-all, where the board can talk about anything it wants to outside the view of the public. Nor is the board permitted to go into closed session without adequately informing the public about its intent. Apparently, this is what the board has been doing.

a. Stating the general nature of the subject to be discussed; and
b. Stating as precisely as possible, the time when and the circumstances under which the discussion conducted in closed session of the public body can be disclosed to the public.

At the meetings in question — and presumably at many other meetings — the board of education does not disclose legally-required information to the public before it goes into “closed” session.

…Then falsifies “approved minutes” to cover up the violations

The audio excerpts below are un-edited clips from the official school board recordings, downloaded from the school district’s website. The images are copied from “approved minutes” of each meeting.

This isn’t rocket science — any citizen can understand when the law is violated. The OPMA requires a spoken resolution to be made in public. It must include parts (a.) and (b.) of N.J.S.A. 10:4-13 (see above).

School board president Jim Dincuff chairs board meetings and is responsible for ensuring the meetings are conducted properly. Dincuff fails to comply with the law and displays a careless, cavalier attitude about closed session.

But the official minutes of each meeting report compliant OPMA statements that Dincuff never made. The official minutes are false, and between the audio and the printed record, the dishonesty is so clear that even a third grader can understand it.

The minutes of the meeting are supposed to report the exact resolution made in the audio record. But what Dincuff said and what the minutes report do not match at all. In fact, the minutes seem to be an effort to “correct” Dincuff’s failure to follow the law.

Did they think no one would notice?

The audio reveals that the statements Dincuff makes in the actual meetings do not match what is claimed in the official minutes. Who is falsifying the official record? In the end, the elected president of the school board is responsible.

In his lawsuit, Paff asserts:

“The Open Public Meetings Act does not permit a public body to pass a simple, oral motion to go into closed or executive session (or to adjourn) and then later record, in the public meeting minutes, a resolution that contains much more detail than the motion that was orally offered and passed.”

More decisions outside the public view

The ExMayor.com complaint to the county prosecutor also alleges that the school board may be in violation of N.J.S.A. 10:4-7 because it appears the board routinely adjourns its meetings outside the public view — perhaps in closed session. An adjournment is “decision making,” and OPMA guarantees “the right of the public to… witness in full detail all phases of… decision making of public bodies…” The complaint says,

Systematic and routine disrespect of the law 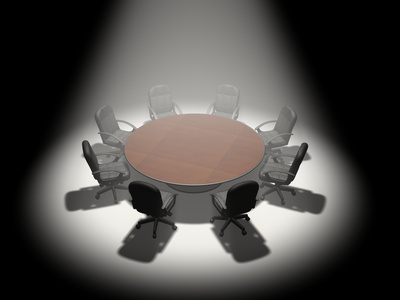 The board didn’t just forget to follow the law at one meeting. Or at two meetings.

The school board demonstrates a systematic and routine disrespect of the law. The result is that board president Jim Dincuff feels free to hide the topics of his “executive sessions,” and conducts back-room meetings without supplying the public with detailed information as required by law.

Who knows what goes on in those meetings? Minutes of closed sessions must be kept, and must be released when the subjects of those meetings are resolved — but the Clinton Township board of education does not publish closed-session minutes on its website as it does regular minutes.

At the March 29 meeting, Dincuff delivered a speech attacking two of his own board members, suggesting they resign, and claiming they had violated school ethics rules. Dincuff then took the board members into a secret meeting — to further abuse and harrass them? We’ll never know. The meeting was illegal because Dincuff did not do a proper resolution to conduct it. He did not disclose what he was going to do in that meeting — or when the information would be released to the public.

Unfortunately, board president Jim Dincuff has demonstrated that conducting illegal meetings and falsifying public records is just another kind of lying, which has marred his term as president.

Lies. Last summer, Dincuff lied about why he didn’t hold a board meeting to decide what to do with $247,310 of tax relief funds — funds that the governor asked the board to immediately turn over to property taxpayers as tax relief. Dincuff said there wasn’t enough time to schedule a meeting within five days. Yet on March 27, Dincuff managed to squeeze in a special meeting with just two days’ notice — to approve his budget.

Lies. Then, in a letter to the editor, Dincuff promised the board would return the $247,310 to taxpayers in 2012. Instead, Dincuff spent the money.

Lies. Through superintendent Kevin Carroll, Dincuff promised that revenues generated from the “school choice” program would be used to cut taxes: “… the net will be over half a million dollars—and will reduce the tax burden on Clinton Township citizens.” It was a lie. The school board spent it.

More lies. Dincuff scheduled a public hearing to get the public’s input on the proposed budget. A larger-than-normal crowd turned out and roundly rejected the board’s increased spending. Dincuff led the board in a 7-2 vote to approve a budget that includes a 14% increase in costs-per-student, an increase of over $1.5 million in spending, and record increases in the number of staff — while the Clinton Township student population continues to drop year after year. It’s not true that Dincuff wants to know — or cares — what the public has to say.

And more lies. Perhaps the worst lies were the front-page personal attack Dincuff launched against two of his board members, claiming they had violated school ethics rules. According to him, this was on advice of his attorney: “I’ve spoken to the board attorney earlier today. He advised me to make a statement in public tonight.” Later, Dincuff folded when the members demanded his evidence: “I think in order to file an official complaint, one needs to have irrefutable evidence… At this point I don’t think I see that.” More lies? Or just bullying? Where is the attorney?

OPMA Violations: Covering up lies by locking out the public

How are the lies covered up? With “official” actions of the majority of the school board and its president — actions designed to:

The Clinton Township school board has sunk to new, illegal lows. While Dincuff cites the advice of school board attorney Vito Gagliardi to support Dincuff’s attacks on board members and the public, he has succeeded in depriving taxpayers of the right to vote on budgets, and in passing an outlandish budget that relies on tax relief funds being spent on pet projects without voter approval.

In the middle of all this, last week school board member and chair of the finance committee Mark Kaplan suddenly resigned.

Is the school budget tainted?

Dincuff’s shennanigans with official public records and with public meetings have created a serious potential problem with the school district’s budget, which was roundly rejected by township residents at the public hearing on March 26 and at the board meeting on March 29.

The illegal closed session conducted at the end of the March 26 meeting — the public hearing on the budget — may have involved illegal discussions about the budget, outside the hearing and view of the public. This could taint the budget itself, because the public was barred from those discussions.

What did the board members discuss? All we know is, we can’t rely on meeting minutes — they’re routinely falsified by school district officials and published under the noses of citizens who have no idea what their school board is doing.

The next school board meeting is on May 14. What do you think will be on the agenda? What will the public have to say during public comment? John Paff is waiting for answers. So is ExMayor.com. Are you going to be there?

Will school board attorney Vito Gagliardi be there? Or will freewheeling Jim Dincuff continue to violate New Jersey statutes with the support of the majority of the school board?