Objection: Why the Court should reject the affordable housing settlement 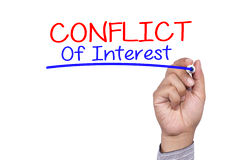 The objection focuses on several issues including the township’s violations of the Open Public Meetings Act (OPMA), conflicts of interest of its planning board and municipal attorneys, and conflict of interest of the court’s appointed special master in the case. Nj.com and the Hunterdon Democrat reported the OPMA violation story.

Doing public business behind the veil

In light of these problems, exMayor.com has asked the court to reject or stay the agreement until the OPMA violations are cured and the township schedules a public hearing in the township, not in court, so the township council may present the settlement agreement and the affordable housing plan to the public, and so the public may participate fully in the process.

The objection also asks the court to remove township planning board attorney Jonathan Drill and municipal attorney Trishka Waterbury Cecil from the process and proceedings because the attorneys and their firms have a conflict of interest in that they also represent Readington Township, which the settlement agreement they negotiated with Fair Share Housing Center threatens to sue “if needed.”

These attorneys are on both sides of the transaction and the objection asks the court to consider what the proper action is to cure the conflict.

Conflict of the court’s special master

The objection also asks the court to remove special master Michael Bolan from his role as advisor to the court on the settlement. Bolan was the township’s professional planner in 2005 when a similar affordable housing settlement deal was prepared with his help — a deal that included Windy Acres, which is one of the properties in the current settlement. Bolan advocated for the settlement in 2005 in a questionable manner and later was not reappointed township planner in part due to it.

These conflicts of interest and the township’s failure to keep planning board minutes as far back as 2016 combine with the council’s secretive behavior to suggest an intention to deprive the public of a fair and open government process.

The objection goes on to say that:

“A fairness hearing ensures the process and substance of this settlement agreement is fair to the public. The OPMA guarantees the right of citizens to an open and public government process — that is what makes it fair. The formation of this public policy was not open or public or transparent — thus it was not done fairly. In fact, it seems clear this governing body went out of its way to avoid ever discussing, presenting or disclosing the settlement deal to the public. Its failure to produce minutes of planning board meetings is particularly troubling.”

The objection document includes a Certification and a Letter Brief that detail the history of the matter and present arguments to support the request to the court to stay or reject the settlement.

While the court has cancelled the February 12 Fairness Hearing, it appears that a new Fairness Hearing will be scheduled after the council amends the settlement agreement. It is unknown at this time what the amendment will be.