According to a January 29, 2018 violations notice issued to Clinton Township by attorney Walter N. Luers on behalf of exMayor.com, the township violated the law throughout 2017 by failing to provide minutes of its planning board meetings.

The New Jersey Open Public Meetings Act (OPMA), N.J.S.A. 10:4-6, et seq., also known as the Sunshine Law, requires that any “public body” that holds a “meeting” “shall keep reasonably comprehensible minutes of all its meetings . . . which shall be promptly available to the public.” (See sidebar below.) 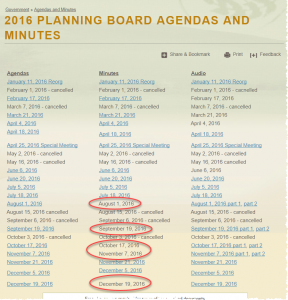 The planning board conducted 13 meetings in 2017. Minutes are available for only six of those meetings. In addition, according to the township’s website there are no minutes from some meetings as far back as August, 2016. (See graphic.) While audio recordings of some, but not all, meetings are posted, the Sunshine Law requires minutes.

Why does this matter?

A Fairness Hearing has been scheduled in Superior Court by Judge Thomas C. Miller for February 12, to hear objections from the public about the township’s settlement agreement with the Fair Share Housing Center (FSHC). In preparing filings, on January 15, 2018 exMayor.com filed an Open Public Records Act (OPRA) request for minutes of nine Planning Board meetings conducted in 2017. The township delivered minutes for only two of those meetings.

The township clerk responded that a meeting “record does not exist” for six of the meetings, including meetings from over a year ago, and that “drafted” minutes from one meeting are “not yet approved” by the planning board and “so are being withheld.”

That’s a violation of the Sunshine Law.

Enforcement action may be taken

Attorney Luers stated in his letter to the township that:

Luers notified the township that if it does not correct the violations immediately and produce the missing minutes, enforcement may be pursued through remedies available under the Act.

While the law requires any “public body” to always keep minutes of meetings and to make them “promptly available to the public,” in this case Clinton Township has interfered with the public’s right to participate in the upcoming fairness hearing in Superior Court regarding its settlement agreement with the Fair Share Housing Center.

exMayor.com has put the township on notice that:

“[its]…obvious violations of the Act… are prejudicing the ability of both Mr. Corcodilos and the public to participate meaningfully in the February 12, 2018 fairness hearing currently scheduled in In re Township of Clinton Compliance with Third Round Mount Laurel Affordable Housing Obligation, Docket No. HNT-L-000315-15.”

Several of the planning board meetings about which the township admits “record does not exist” — including a closed session from which the public was barred — pertained to matters directly or indirectly (who knows?) relating to the settlement agreement. Without legally-guaranteed access to those minutes, who can properly prepare comments for the Court?

Will the judge permit the Fairness Hearing to be held?

If you wanted to file comments or an objection with the Court, it was due yesterday,  January 29. If you needed planning board records to produce your Court filing, you were out of luck. Actually, Mayor Higgins and the council are out of luck — because they violated your rights under the law.

How can Judge Miller permit the proceedings to take place on February 12 if citizens were denied their rightful access to public records they may need to participate?

What’s the township hiding in the missing minutes?

Council meeting minutes are readily available on the township’s website for all of 2017. But key planning board minutes, where some of the affordable housing sites were discussed, are missing. It seems the township staff is perfectly able to produce some minutes, but not others.

According to available agendas from those meetings, the topics relevant to the fairness hearing include:

Attorney Luers raised this specific issue in his letter::

“In addition, we are also concerned about the joint closed meeting between the Planning Board and the Township Council on August 21, 2017. It is not clear to me what exception under the Act permits two governing bodies that have separate responsibilities from meeting together while excluding the public. And, here, in the absence of minutes, the public cannot even guess what would justify such a meeting.“

Is the township intentionally hiding its business?

Mayor John Higgins and the council avoided telling the public about their affordable housing settlement until after they signed it, so the public had no chance to ask questions, make comments or voice objections in their own council chamber.

Instead, these officials set it up so residents have to drive to Somerville to tell it to a Superior Court judge — after making even that harder by requiring objectors to submit their comments in writing two weeks in advance. 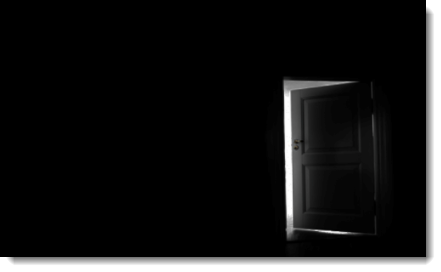 But now it’s evident that the mayor and council made it even harder for concerned residents to prepare written objections for the Court — by illegally withholding minutes of planning board meetings going back well over a year, in violation of the Sunshine Law.

At this point, it’s difficult to assume anything but that the mayor and council are intentionally violating the law to hide something and to illegally lock Clinton Township residents out of a fair and open process.