Maria Grant tells 1.19% of the truth about teachers 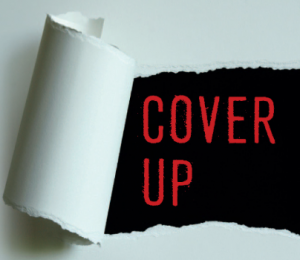 Clinton Township school teachers have worked without a contract for 6 of the past 8 years.  The last contract expired 2 years ago in June 2017. The school board has failed to negotiate and settle it.

Do we know the truth about why it’s taking so long to work out this contract?

One thing we do know: A school board that hides minutes of its meetings is hard to keep up with when you’re looking for the truth.

At the April 12, 2019 meeting, school board president Maria Grant lectured about her approach to contract negotiations:

“As part of this decision-making, we want everyone in the community to have the same information that we do, so that you can understand how we have arrived at our positions in the negotiations.”

Except Grant has long been giving the community platitudes and re-hashed political double-talk about the negotiations. In other words, she’s not telling the truth.

Of course, loads of towns have no contract!

In the May 2019 edition of the Clinton Township Newsletter, Grant wrote “A Letter from The CTSD Board of Education.” CTSD uses taxpayer money to buy two pages in this newsletter every month.

Grant tried to calm the mounting protests of parents and teachers about her board’s abysmal failure to negotiate and settle the teachers’ contract.

It’s difficult to negotiate these contracts, proclaimed Grant — but loads of other school districts in Hunterdon County and across New Jersey have the same problem!

Except it’s not true.

Only 1.19% of all school districts have no contract

An April 23, 2019 article published by the New Jersey School Boards Association reveals that, out of 590 school districts in the state,

“Fewer than 10 districts have not yet reached an agreement for contracts that expired on June 30, 2017 or earlier.”

The CTSD’s failure to settle its contract with teachers is an outlier, an anomaly, a failure, an oddity, an exception, a freak, a deviation.

Through further research and an interview with a NJSBA spokesperson, ExMayor.com has confirmed that the number of contracts unsettled since June 2017 is actually at most 7 out of 590 — or 1.19% of all school districts.

And Clinton Township School District is the only district in Hunterdon County without a settled teachers’ contract since June 2017.

Maria Grant is telling 1.19% of the truth to the public. Also known as prevaricating, deceiving, misleading, and equivocating — or, in school-board parlance, “information.”

Utter disrespect for teachers and taxpayers

In her paid political announcement in the April Clinton Township Newsletter, Grant asserts:

“The Clinton Township Board of Education has the highest level of respect for each and every district staff member and we appreciate all that they do for Clinton Township’s students.”

Claiming Clinton Township is somehow in the same boat as loads of other towns — when it isn’t — doesn’t show respect. It shows a mockery of the responsibility of leadership.

“…we want everyone in the community to have the same information that we do, so that you can understand how we have arrived at our positions in the negotiations…”

A long history of abusing teachers

This isn’t the first time the school board has failed teachers, parents, students and taxpayers. The board took longer than 3 years to negotiate and sign the previous 3-year contract. The teachers worked from 2013 – 2016 without a contract.

Before that, they worked for 2 years without a contract.

Does anyone see a pattern? Board president Maria Grant has led the school district’s recitation of silly mantras that suggest it’s all the teachers’ fault.

In February, Grant said at a board meeting that a mediation process has brought teachers and the school board “closer together.” Everything’s fine, folks! Nothing to see here!

Three months later, the frustrated teachers continue to show up for work every day, but they have cut back on after-school work. At the April 29 board meeting, they marched in protest.

Can you spot the political double-talk?

In a February 2, 2018 letter to parents, Grant said “the definition of impasse is when the two parties engaged in attempting to negotiate a mutually acceptable contract are no longer able to reach an agreement without assistance and; therefore, the negotiations have stalled.”

Who gets paid to resolve employment contracts?

On February 13 the Hunterdon Review said in a biting editorial:

“Clinton Township teachers deserve a contract… We just know that it’s not fair to the teachers who are in charge of teaching the children of the community to have to work for this long without a contract… We think the school administrators get paid well enough to resolve this matter.” 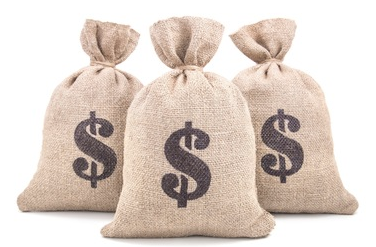 Long-time board attorney Vito Gagliardi is also getting paid to handle negotiations. So is Phillip Stern, of the law firm DiFrancesco, Bateman, Kurzman, Davis, Leher and Flaum (yes, that DiFrancesco) — hired by Grant and the board to “mediate” with the teachers.

Get the picture why it takes so long to negotiate teachers’ contracts in Clinton Township?

Get the picture why certain members of this school board like to keep the public out of their public meetings? (See Maloy, Grant, Books vs. The Public.)

Talk to the teachers, Stupid

The solution has been offered by the teachers again and again.

Mary Claire Spadone, co-president of the Clinton Township Education Association (the teachers’ union), said at a recent board meeting that the teachers would like to meet with the whole board, a sentiment that was echoed by other teachers and parents who spoke.

The board refuses. At least, Maria Grant — the only authorized spokesperson for the board — refuses.

Pretty stupid — for a bunch of people who control the education of Clinton Township children.

Want sourced facts instead of political double-talk from elected officials? Sign up for ExMayor.com — get updates in your e-mail!

This entry was posted in Schools and tagged contract, CTSD, Grant, School Board, teachers. Bookmark the permalink.