Conflicts appear to have crashed the deal 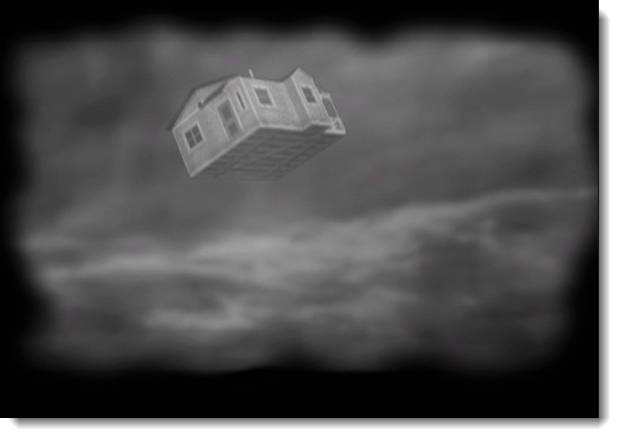 Apparently unable to respond to objections filed with the court about conflicts of interest involving the township’s attorneys, Mayor John Higgins pulled the plug on the Windy Acres component of the plan. The council voted on February 7 to amend the deal to remove the Windy Acres site.

Higgins and the council reportedly worked on the plan for a year and thought they had it wrapped up when they voted to approve it in a rush on December 13, 2017. But it came crashing down, apparently under the weight of objections.

Higgins has stated publicly that the contractual provision to sue Readington was merely “an option” — but one he did not intend to take.

At the January 3, 2018 council meeting, Clinton Township attorney Trishka Waterbury Cecil, whose law firm Mason Griffin Pierson also represents Readington, explained to the public that it did not “obligate” the town to sue — but did not explain why, then, it was included. The agreement requires the township to use litigation “if needed.”

Then Cecil nervously dropped the bomb: She said the clause was “overkill” — but included it anyway, and let the township sign it.

Mayor Higgins did not explain why the town council agreed to the provision to sue if he didn’t intend to use it. “Overkill” seems to be an understatement that Readington was not prepared to accept.

No time to comply with Open Public Meetings Act

But conflicts of lawyers were not the only potentially fatal problem the agreement faced in court. When discussing the amendment to the settlement deal on February 7, Higgins skirted all the objections filed with the court for the fairness hearing. He mentioned none of them.

The township faced a cascade of problems that could have led Judge Miller to reject or stay the settlement agreement at the impending February 12 Fairness Hearing. Not least among them was a complaint filed by exMayor.com alleging the township prejudiced the ability of the public to file proper objections because the township illegally withheld public records.

According to a letter submitted by exMayor.com’s attorney to the township, the township admitted to multiple violations of the Open Public Meetings Act because it failed to create and make available records of written planning board minutes going back a year. Lack of access to these records interfered with the ability to file objections.

It also seems likely the town realized it would have a difficult time defending its commitment to provide sewer service for the Windy Acres site. This is an historic problem that has sunk all other efforts to develop affordable housing there, including by Pulte Homes. (See Windy Acres: The fatal fraud in Clinton Township’s affordable housing scheme.)

Any of these issues could have led the court to reject or stay the settlement agreement until the problems were cured.

The conflicts problem arose after Readington officials learned about the provision to sue Readington Township and the Readington-Lebanon Sewer Authority “if needed” to obtain sewer service for Windy Acres.

Readington officials report that none of the attorneys — or Mayor  Higgins — bothered to notify Readington of the multiple conflicts of interest they created with the FSHC agreement, or that they included the provision to sue the neighbor town.

A solution out of LeCompte’s left field

With Windy Acres removed from the stack of seven affordable housing sites designed to deliver a total of 805 new housing units to the township (373 of which are to be “affordable”), Mayor Higgins announced a replacement known as the LeCompte property.

LeCompte is located at the southern corner of Route 31 north and Valley Crest Road. The new plan designates 10 acres of LeCompte to receive the 89 affordable units originally slated for Windy Acres. Residents may know Robert LeCompte as the owner and operator of Valley Crest Farms, which operates the popular produce stand at Route 31 and Allerton Road.

According to Mayor Higgins’s statements at the February 7 council meeting, Robert LeCompte will sell 10 acres of his land to a Lawrenceville-based affordable housing developer, Community Investment Strategies (CIS). The Hunterdon Review reports CIS will build the required units “at its own expense.”

However, this new site appears to come literally out of the LeCompte property’s “left field” because Mayor Higgins stated he doesn’t know which part of the property the owner might sell to CIS.

The LeCompte site appears to be a hasty, last-minute substitution. It has been tagged as needing a “durational adjustment,” which means the township will have to figure out how to make it comply with requirements for water and sewer — later.

Nothing about it seems to be certain:

Hunterdon Review reporter Claire Knapp’s article suggests the newspaper apparently did not check directly with LeCompte, CIS, or Readington to verify any of the claims Higgins made at the council meeting.

Nor did the Review attempt to confirm Higgins’ claim that Readington was “told by former Clinton Township Mayor Nick Corcodilos that the FSHC settlement stated Clinton Township would be suing Readington for sewer capacity to serve Windy Acres.” Neither party was contacted by Review reporter Claire Knapp.

Knapp’s article — and Mayor Higgins — failed to mention the other controversies swirling around the sudden amendment of the settlement deal, including the OPMA complaint that was included in exMayor.com’s objection to the court, and the attorneys’ conflicts of interest, or objections filed by several other parties including developer Clinton 94.

Township attorney Jonathan Drill has confirmed that the Fairness Hearing scheduled for February 12 has been cancelled, as previously reported here. A new Fairness Hearing has been scheduled for March 19, 2018. Those wishing to participate are required to submit their objections in writing to the court no later than Friday, March 2, 2018.