Hunterdon Democrat: Vos is a Plagiarist

According to the Hunterdon Democrat, Clinton Township mayoral candidate Harmen Vos is officially a plagiarist.

The question is, how far back does Vos’s plagiarism go? And why have the newspapers been printing Vos’s letters without looking into this before? The variations in Vos’s writing and vocabulary across his letters and campaign literature are extreme. Not one editor picked it up? The Democrat cites this blog, Harmen Vos: Shameless fraud, as the source for its report today. 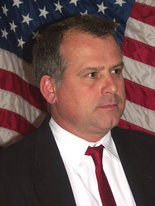 The Hunterdon County News Online, which stopped covering the Clinton Township election last week in an effort to defend Vos and lock out letters critical of him, has never questioned Vos’s epistolary eloquence. It, too, published Vos’s 100% plagiarized letter — but has offered no explanation and accepted no responsibility for letting it through.

Why are the local newspapers not investigating and reporting on Vos’s ongoing shennanigans?

Is Vos qualified to continue serving on the Clinton Township council?

Vos says in the Democrat that he is “not aware of any legal requirements” pertaining to plagiarism and copyright infringement. In response to allegations that Vos has violated ethics laws and election laws, Vos recently said in the Hunterdon Review that he plans to “contact the proper authorities in regards to my obligations, of my council responsibilities and for a possible refund, if at all necessary in accordance to law.”

Just how many laws is Councilman Vos “not aware” of while he serves as an elected official, conducting Clinton Township business?

It seems Clinton Township taxpayers and voters should “contact the proper authorities” and demand that Councilman Vos’s conflicts of interest be defined, and that he be required to disclose all his campaign contributors and conflicts of interest — not just those who contributed less than $300. The proper authorities should then instruct him to recuse himself from any Township business pertaining to those contributors and conflicts.

How many matters has Councilman Vos already voted on that may be tainted by conflicts of interest that he is “not aware of,” and what else is Vos up to that seems just fine to him — because he doesn’t understand the law?

If Vos does not win the June 7 primary election, he will still be a councilman through 2013. Is he qualified to continue to continue serving?

What was Vos’s response to the discovery of his plagiarism? “I didn’t mean any harm,” Vos told the Democrat. Does Vos know what libel, slander and conflict of interest mean? Clearly, he doesn’t.

Vos’s entire campaign has been a smear of current and former Township officials without a shred of evidence to support his claims. When Vos hasn’t been smearing, he has relied on his supporters to do it — several out-of-town builders who are funding his campaign, a local minister, a power-washer, a former councilwoman, and an assortment of “friends.”

Be sure to vote tomorrow, June 7, in the Clinton Township primary. The government of your town depends on it.