Harmen Vos, candidate for Mayor of Clinton Township, cheated his constituents when he failed to disclose conflicts of interest before voting on Clinton Township legislation. Vos cheated voters and violated NJ election law when he hid the business connections of his campaign contributors. 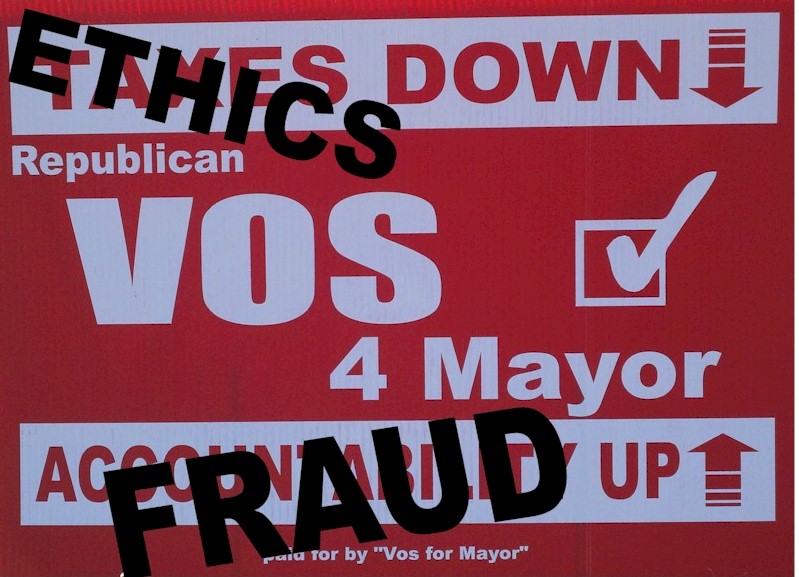 And now this self-proclaimed “Christian Patriot” is cheating the founding fathers: Harmen Vos has shamelessly stolen the ideas and words of real patriots — without crediting the authors of the brave words in his most recent letter to the editor.

Harmen Vos promises ACCOUNTABILITY UP! on his signs, and pretends he’s fighting for liberty and freedom. In reality, his campaign has been about ETHICS DOWN! and FRAUD UP!

Look at Vos’s final letter to the editor prior to the June 7 Primary Election: 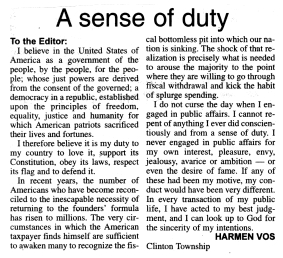 It’s customary for candidates to put their best foot forward in this “last letter,” and to express who they are and what they plan to do if elected.

Every single word, every sentence, and every paragraph in  Harmen Vos’s letter is stolen, verbatim, from documents written by the second President of the United States, John Adams; by William Tyler Page, descendant of the tenth President, John Tyler; and by a Tea Party blogger in Arizona, Blaine A. Dunning. 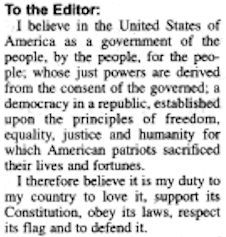 The first two paragraphs are from William Tyler Page‘s American Creed, written in 1917.

I believe in the United States of America as a government of the people, by the people, for the people; whose just powers are derived from the consent of the governed, a democracy in a republic, a sovereign Nation of many sovereign States; a perfect union, one and inseparable; established upon those principles of freedom, equality, justice, and humanity for which American patriots sacrificed their lives and fortunes. I therefore believe it is my duty to my country to love it, to support its Constitution, to obey its laws, to respect its flag, and to defend it against all enemies. 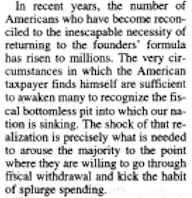 Vos’s third paragraph was written by Blaine A. Dunning. Vos’s failure to disclose the living author of this quote also constitutes a copyright infringement:

“In recent years, the number of Americans who have become reconciled to the inescapable necessity of returning to the Founders’ formula has risen to millions.  The very circumstances in which the American taxpayer finds himself  are sufficient to awaken many to recognize the fiscal bottomless pit into which the nation is sinking.  The vivid shock of that realization is precisely what is needed to arouse the majority of the people to the point where they are willing to go through fiscal withdrawal and kick the habit of splurge spending.” 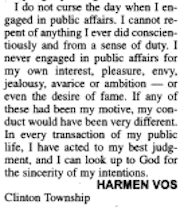 The most atrocious plagiarism is in his fourth paragraph. Vos signs his name as the author of the words of a founding father and President of the United States — John Adams — originally written in 1780:

“I do not curse the day when I engaged in public affairs […]. I cannot repent of any thing I ever did conscientiously and from a sense of duty. I never engaged in public affairs from my own interest, pleasure, envy, jealousy, avarice, or ambition, or even the desire of fame. If any of these had been my motive, my conduct would have been very different. In every considerable transaction of my public life, I have invariably acted according to my best judgment, and I can look up to God for the sincerity of my intentions.”

Vos claims in his biography that he worked for a long time as a professional journalist: “As a freelance journalist for a major Holland newspaper…” (Letter to the editor, Hunterdon Review, December 2, 2010). He thus knows what plagiarism is, and why it is unethical and sometimes illegal, and why it is also called “a moral offence.” Vos should have cited the authors whose work he used, giving them credit. But that would not have served the purpose of his letter to the editor, which is to express his own ideas and who he is, and to impress voters. So he fraudulently signed the letter as his own.

(Does Rick Epstein at the Hunterdon Democrat, and Chris D’Annunzio at the Hunterdon News Online — which also published Vos’s rip-off — really believe an incoming letter that sounds like an 18th century president came from a 2011 candidate who can barely string two English sentences together?)

How could a highly-visible mayoral candidate so shamelessly pretend that stolen ideas are his own? It’s easy, when Vos has been misrepresenting himself all along.

The biography that Harmen Vos’s submitted to the local newspapers states: “Vos graduated from high school and Havo College in the Netherlands.” Another Clinton Township Dutchman, former councilman Steve Krommenhoek, reveals that accountability is NOT up in Vos’s campaign. Krommenhoek says:

“In the Netherlands, ‘Havo’ stand for ‘hoger algermeen voortgezet onderwijs’ which translates to ‘higher general continued education’ and is equivalent to high school. It starts at seventh grade and ends at eleventh grade. Not quite what the average person would consider college.”

A college education is certainly not required to run for mayor or to serve in office, but honesty and transparency are. Vos promises us ACCOUNTABILITY UP!, then shamelessly credits himself with a college education.

Vos also claims to have served as a Dutch Green Beret. Was he? Who knows? Is Vos even a U.S. citizen? It’s difficult to believe anything he claims. A look at his many letters to the editor reveals dramatically different writing styles, and extreme vocabulary variations. It’s impossible to believe he wrote all of them.

Who will be our mayor if Harmen Vos gets elected?

He steals the work of others and tries to pass it off as his own. (Can he be trusted?).

He violates the copyright and property of another author, but tell us that he stands for the “Right to own property.” Vos promises “To personally understand and maintain the American way of life, to honor it by his… own examplary conduct.”:

But Harmen Vos’s conduct is far from exemplary, and he clearly does not understand or respect the American way of life.

He takes campaign money without disclosing where it came from. Rather than follow the law, he claims the “Right to freedom from arbitrary government regulations and control.” Vos flaunts the law. Vos does not consider what effects his actions have on his ability to do the job. (Can he be effective?)

He placates outside interests while throwing the taxpayer under the bus, and undermines the credibility of the Township. (What’s in it for him?)

He talks about God, Country and the Constuitution, but proposes nothing relevant to municipal services. (What will he really do for Clinton Township?)

Do we need a dishonest politician who can’t express his own ideas or plans for Clinton Township?

We have already seen Harmen Vos’s violations of ethics law and election law. But no one has seen any list of his plans if he gets elected, or any list of the problems and projects he would tackle if he became mayor, or how he would do it. His lack of a campaign website reveals he doesn’t think much about Clinton Township voters. Now he’s stealing the brave ideas and words of real patriots and calling them “Harmen Vos.”