Clinton Township Councilman Harmen Vos has campaign signs all over town that say, “TAXES DOWN – ACCOUNTABILITY UP.” After five months of accomplishing nothing on the Council, Vos is running for Mayor.

Vos has violated New Jersey law, and has been trying to hide it. He holds himself accountable under our laws. 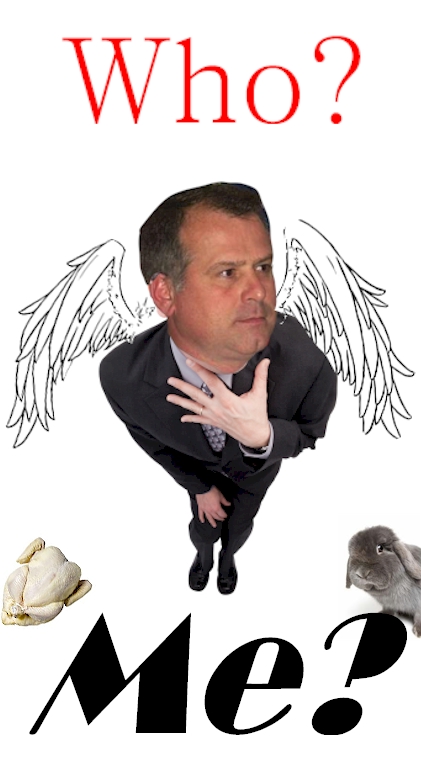 Councilman Harmen Vos violated NJ ethics law when he failed to recuse himself from a Council vote in which he had a conflict of interest.

On March 28, 2011, Vos accepted a $500 campaign contribution from a local business owner who wanted an ordinance passed to benefit her business. (Five days earlier, at the March 23, 2011 Council meeting, she presented a petition to the Township Council, demanding the ordinance.)

Less than a month after taking the money, on April 27, 2011, Vos voted to adopt the ordinance, with full knowledge of what the donor wanted, and of the source of the money. That’s a violation of NJ ethics law. The donation and the vote were proximal and he knew exactly what he was doing. Vos should have recused himself because he had a clear conflict of interest, and he should have publicly disclosed his conflict.

Councilman Harmen Vos violated NJ election law and ELEC reporting requirements when he failed to disclose the employer of a campaign donor.

Vos accepted a $1,000 donation on March 18, 2011 and failed to disclose on the ELEC form, in the required box (it’s not optional), the employer of the donor. By itself, that’s an ELEC violation. As chairman and treasurer of his own campaign, Vos is responsibile for donations and for completing the ELEC disclosure forms properly.

According to the NJ Department of Banking & Insurance, the donor is an employee of an out-of-town real estate developer who is in litigation with the Township and with the Sewer Authority over sewer rights and who has sued the Township again and again. The litigation is not a minor matter. The developer claims to own virtually all remaining sewer capacity in Clinton Township, and thus virtually controls whether any new development can occur, and where. Vos created another ethics violation by not disclosing his financial connection to a party in active ligitation with the Township. Councilman Vos will be required to comment on, influence, and vote on that litigation and matters connected to it. As a Councilman, Vos is undoubtedly privy to the Township’s confidential legal position on these matters — yet he is taking money from an employee of a businessman who is in litigation with the Township. Vos failed to disclose another conflict of interest.

These are violations of law.

Councilman Vos is well-known for proclaiming his love of America and Democracy, and for his defense of freedom and liberty. But Vos’s behavior demonstrates that he believes he is above the law and not accountable for violating it. Vos stated in an interview (HC News, May 23, 2011) that,

Vos’s “explanation” that he doesn’t know his donors constitutes a failure to be accountable under NJ ELEC law. Harmen Vos, not his donors, is under legal obligation to identify and report the employers of his donors over a certain size donation.

“I take the money and spend it on my campaign, file my papers correctly and am 100% transparent with the state and [County Clerk Mary] Melfi and that is all.”

Vos is not telling the truth. His ELEC “papers” are not filed correctly. He is not transparent, and he disregards the law when it is inconvenient for the purposes of his mayoral campaign.

Add up the legal violations and Vos’s failure to account for himself and for his campaign donors, and Harmen Vos’s character becomes the main issue. Harmen Vos does not demonstrate the character, ethics, and integrity necessary for honest government. We have enough dishonest government in NJ, and enough elected officials like Harmen Vos who believe they are above the law.

Whatever the outcome of the June 7 election, Clinton Township Councilman Harmen Vos has violated the law and must be held accountable.

Where do Harmen Vos’s eloquent letters to the editor, about liberty and property, really come from? A posting on the nj.com Hunterdon forum says this:

Mr. Accountability is at it again. This time as a plagiarizer.

In Harmen Vos’ May 26, 2011 letter to the editor in Hunterdon County Democrat, Vos says “The right to life, liberty and property are equally sacred from arbitrary interference and are so bound together that they are essentially one right. You can give a man his life, but if you deny his liberty, it is like taking away all that his life is worth living for. When you give him his liberty, but take from him property, which is the harvest of his labor, and his liberty, it is to still like leaving him a slave.”

“As a freelance journalist for a major Holland newspaper” (as Vos claimed Thursday, December 2, 2010 Hunterdon Review LTE), when Vos copies someone else’s work, he should identify the source. This is something even a high school student knows to do. I guess the high schools in Holland do not teach ethics. But if Vos expects to remain in elected office, he needs to be honest, and not copy from other people without disclosing the source. Plagiarism is a crime.

This entry was posted in Election 2011, Municipal, State. Bookmark the permalink.