School Board gets an F on superintendent’s contract

The Clinton Township Board of Education is about to vote on renewing the contract of Superintendent Kevin Carroll without giving you the full opportunity you deserve to participate in his performance review.

Click Here for an excellent analysis
Of how you’re being deprived of your rights.

The distinction was sharply drawn by the oBOE itself, on February 28, 2011, when members of the oBOE revealed their fears that new board members would be elected in the upcoming April 27 election — new members that would upset the status quo.

That’s why, in a purely political maneuver, the oBOE, led by oBOE president Jim Dincuff, attempted to renew the contract of Superintendent Kevin Carroll while they still had the votes to do it — months in advance of the deadline to do so. Except angry residents stopped them, demanding that the BOE wait for new members to come on board before making such a decision.

The oBOE had judged correctly. Voters were fed up and they indeed threw out the incumbents and elected three new board members who have brought much-needed scrutiny, transparency, and thoroughness to the business-as-usual of the oBOE.

Criticism of a school board plan to renew Superintendent Kevin Carroll’s contract early – and before the school tax levy vote on April 27 – led Carroll to withdraw the request. A public hearing on the superintendent’s contract on Monday [2/28/11] drew praise and criticism of Carroll – and almost universal condemnation of the plan to consider renewing his three-year contract before the end of the school year. [Emphasis added.]

That was back in February of 2011. Many members of the public heavily criticized Carroll’s mismanagement of the schools, and the large turnout of teachers in red “protest” shirts revealed serious discord with Carroll. Some residents noted that the Clinton Township teachers had been working for months without a contract. 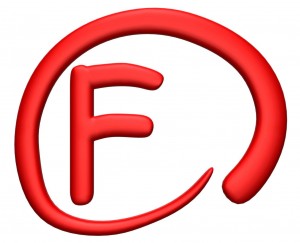 After Carroll withdrew his request to renew his contract, the oBOE sat on the matter for months. For that, they deserve an F.

Under NJ law, a superintendent must be notified a year in advance of his contract’s expiration whether his contract will be renewed. Failure of a school board to render such notice results in automatic renewal of the contract. Now, the CTSD BOE has until July 1 to decide on Carroll’s contract.

Between February 27 and this week, the BOE took no action to get public input on Carroll’s performance review or on his contract renewal. In fact, the BOE scheduled a “Special Meeting” on June 13 about solar power — but no special meeting was scheduled for public comment on Carroll’s contract.

After stern public rebukes directed at the oBOE at the June 13 meeting, when residents spoke out loudly during the public comment period, a special meeting was announced for public comment on the matter — June 20 at 7:30pm at the Middle School Library.

Now it has been revealed by a resident that the BOE also has certain obligations to residents — not just to the superintendent.

Writing in a lengthy letter to the school board (don’t miss it — it’s a very worthy read with full references and citations), a resident has outlined the proper procedure that the oBOE should have followed to get public input on many matters pertaining to the superintendent’s performance and contract.

This process should have started months ago — if not a year ago –, but the oBOE openly ignored its responsibilities and obligations to parents, children, taxpayers, voters, teachers and all stakeholders in Clinton Township.

The oBOE gets an F for not doing its job as elected officials representing the people of Clinton Township. It has failed in its obligations to:

“The Board does not seem to have evaluated the Superintendent with input from teachers, parents, administrators, and the broader community or it has failed to communicate how this has been done.”

After rushing through what appears to be a last-minute, secretive performance review — without the input of stakeholders including parents and teachers — the BOE plans to vote on Superintendent Carroll’s contract on June 27.

Meanwhile, the nBOE — the newest board members — seem to have forced a special meeting on Monday, June 20 for public comment on the super’s performance. And lucky thing, because lots of people who wanted to speak at the June 27 meeting will be… away on vacation.

Remember summer vacation? Why did the oBOE wait all through March, April, May and June until summer vacation to schedule public comment on the Superintendent’s contract?

Why didn’t the oBOE conduct stakeholders’ meetings to establish the review process itself, in order to meet the CTSD regulations to evaluate the Superintendent based on job description and annual goals, and on criteria enumerated by the N.J.S.B.A.? (Evaluating such broad and complex criteria requires the input of multiple stakeholders.)

Clearly, because the multi-pronged public process that should have been conducted months ago, wasn’t, the BOE now has no choice. It cannot defend a YES vote on the Superintendent’s contract, because it did not institute the proper public process. But the BOE must make a decision, and the only defensible decision at this juncture is NO to the contract.

Don’t miss the meeting on Monday, June 20, 7:30pm at CTMS Library — it’s your chance to speak up whether the school district has given you all the information you deserve or not. Come hear what parents, teachers and stakeholders have to say about the Superintendent’s peformance — and about renewing his contract.

Our children’s education depends on your participation. And so do your property taxes.