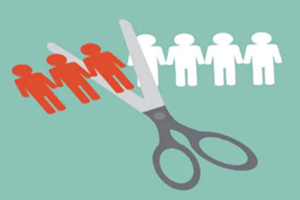 On March 24 newly elected Mayor Brian Mullay and council will make dramatic changes to the Police Department that will affect public safety.

But the number of sergeants, who supervise officers, will remain at 6. In 2006 the township had 23 active-duty officers. In office less than 3 months, Mullay is quietly decimating the township’s police force to an unprecedented level — after announcing taxes are being raised 5%.

2. Council will eliminate the position of Police Director, which was created in 2007 to modernize and professionalize the department

In 2007 the new Police Director, Robert Manney, took over the police force from the last Police Chief, who retired, and the Chief position was eliminated. Manney is a retired State Police Officer, Captain and Statewide Chief of the Internal Affairs Investigation Bureau.

A key reason for switching to a Director is that Police Chiefs in NJ are essentially tenured and have the job for life — an antiquated management concept. It is virtually impossible to remove a Chief. A Director can be hired, fired and changed at the township’s will. A Chief’s powers are enormous and are defined by State law. A Director’s powers are narrowly defined and can be changed by the township.

3. Council is changing who the head of the police department reports to

Another reason for replacing the Chief in 2007 with a Director was to eliminate “day-to-day” political interference and influence over law enforcement.

The Police Director reported to the Township Administrator. But the new Police Chief will be “directly responsible” to the mayor and council for the “routine day-to-day operations of the department,” thus re-introducing the kind of  political interference that created problems in the past.

For the past several years, Clinton Township’s Police Director position has been vacant. The last director was let go and replaced with an “Officer In Charge” (OIC) — an existing lieutenant who is assigned to lead the department. Council explained that they did this to save money by not paying a Director’s salary.

The CTPD can be managed by an OIC as long as the council likes — without re-creating the Police Chief -For-Life position. The OIC does not serve “for life.” In fact, several lieutenants have capably served in this position during recent years.

Council has announced that they are increasing municipal property taxes by 5%. But they are reducing the police force by 4 patrol officers. And, after recently acquiring the department’s first police dog, council just announced they’re acquiring a second.

When council changed from a Police Chief to a Police Director in 2007, the public was informed well in advance. The public hearing audience was so large that the meeting was conducted in a high school cafeteria. Lots of people had lots to say. Today, council is hiding behind an online webex meeting.

It seems Mayor Brian Mullay and the council intentionally hid their plans by burying this item on their March 10 agenda when they introduced the ordinance for these changes. Here’s how it was listed:

Would you read that and know what it really means?

On March 24 they will approve the ordinance to cut cops and hire a Chief for life. They have not even pretended to explain to taxpayers the differences between a Police Director and Chief, or the relative costs and benefits, or their reasons for making this dramatic change, or justified the elimination of 4 patrol officers.

It’s worth noting that the 2007 action to change from a Chief to a Director was done in part at the urging of the township attorney. The same attorney wrote the new ordinance to change back to a Chief-for-life. The attorney has offered no explanation to the public.

Mayor Mullay’s explanation, according to a Hunterdon Review report:

“Mullay said changing the ordinance to recreate the position of police chief makes the most sense for the township now.”

Click to read the ordinance that will dramatically change the CTPD and public safety in Clinton Township. Mayor and council “introduced” it quietly on March 10. They will vote to adopt it just as quietly at the online March 24 7 pm meeting after a public hearing.

Normally, council allows more time between introduction of an ordinance and a public hearing, to allow the public time to study and understand a proposed ordinance — especially momentous ones. In keeping with its apparent desire to act quietly, council is also acting swiftly.

Here’s how council lists the public hearing for the ordinance on its agenda:

Do you understand this version of the “notice” any better than the one issued for the March 10 meeting?

Note that the agenda includes no presentation explaining why council is doing this. Mayor Mullay makes no effort to educate residents about these changes, provides no clear and transparent description of how he and and council are dramatically decimating Clinton Township’s police department — after raising taxes 5%.

The public gets just 3 minutes at the March 24 public hearing to speak up and ask questions.

So, where’s all the money going?

The council recently changed the Township Administrator’s job, which has always been full-time, to part-time — 3 days a week.

The council also changed the Chief Financial Officer’s job, which had always been full-time, to 3 days a week.

Both positions pay in the vicinity of $90,000 for 3-day work weeks. Annualized, these are effectively $150,000 salaries. The township has never paid any employee that kind of money.

So, where’s all the money going? You could check here and here.

But it’s best to ask your mayor and council.