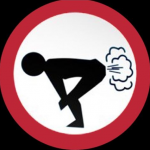 Here at ExMayor.com we pride ourselves on voting in every election and in exercising our franchise. But we’re not stupid.

We looked at this year’s Primary Ballot. And we realized that if you vote on June 4, 2019, Primary Election Day, in Clinton Township, NJ, you’re a sucker. You’re wasting your time.

Because this Primary makes Clinton Township government smell like ass. 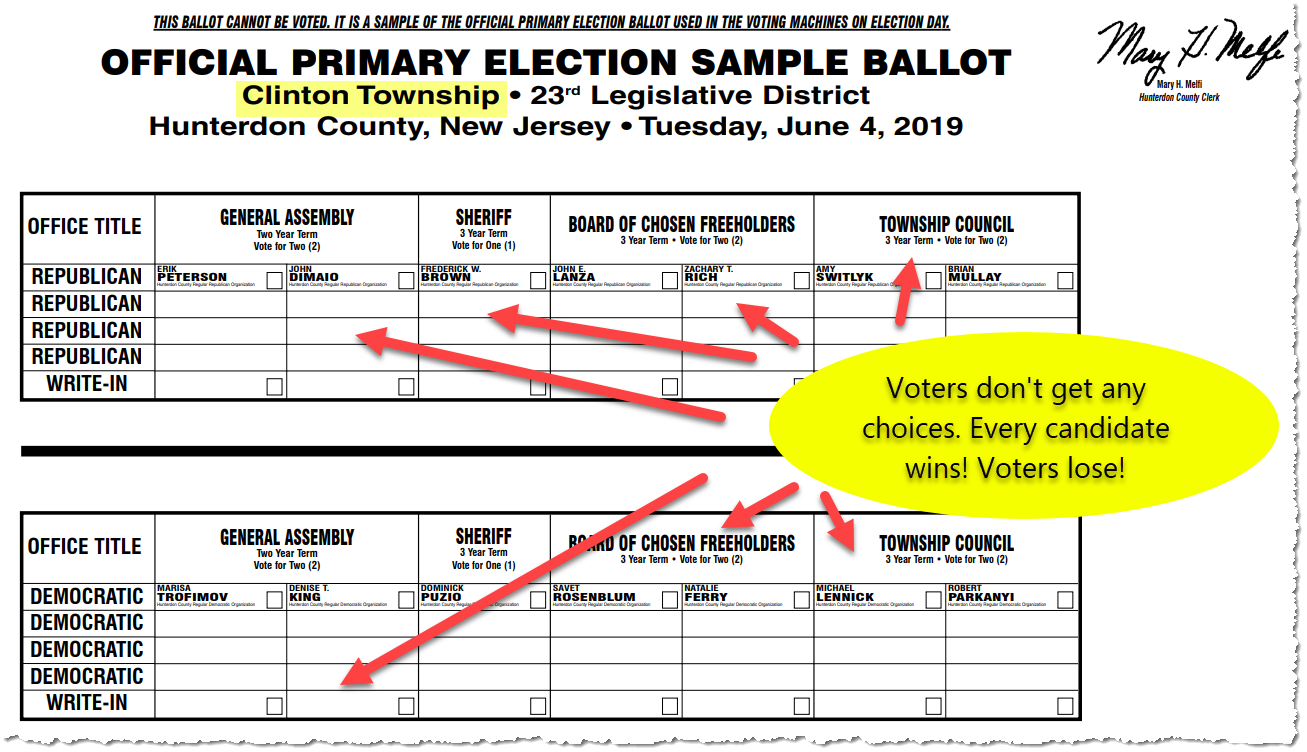 Read it carefully. Then fold, dispose and flush twice because it’s a long way from your house to the Clinton Township Council Chamber, to the Sheriff’s Office, and to the Board of Freeholders.

That’s right: You get no choices. There’s just one candidate for each open slot!

The Republican Party gives you no choices 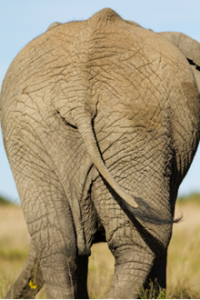 The GOP party bosses have already made your choice for you in every race. The Hunterdon County Republican Committee offers you just one candidate for each vacant seat on the ballot.

The GOP shows you its ass.

Hunterdon GOP boss Patrick Torpey follows in the steps of his predecessor, Henry Kuhl, who used to say, “All we care is that Republicans get elected. We don’t need to give you choices of Republicans.”

(Check out what happened on the GOP Committee just a few years ago: Hunterdon County Republican Committee Members Question Validity of Candidate Endorsements.)

The Democratic Party gives you no choices 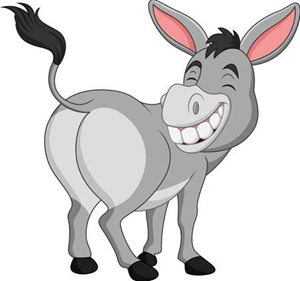 The Democratic party bosses have already made your choice for you in every race. The Hunterdon Democratic Committee offers you just one candidate for each vacant seat on the ballot.

There’s plenty of… what’s it called… ass to go around.

Why does it matter?

In Clinton Township, the Democrats run local candidates who don’t campaign to win. In fact, the local Dem party bosses convince a couple of candidates to run each year by telling them, “Don’t worry! You’re not going to win! We just need two names on the ballot!”

So, that’s right — no matter which party you belong to, your next Council member actually gets elected in the June 4 Primary. And you get no choices because there are only 2 GOP candidates for 2 seats — and both are the incumbents.

You might as well stay home. You have no choices on the Primary ballot.

Why do you belong to a party?

But you get no choices. You’d do better on June 4 to go wash your car for all that voting is going to do for you. All the candidates you see on the Clinton Township Primary Ballot for local office are going to win no matter what you do!

And you wonder why Clinton Township government — uhhh — smells so much like ass.

Who decides that you get no choices? Your Republican and Democratic Committees in Clinton Township. You probably don’t know it, but you elect those Committee members in the General Election. Though you probably have no idea what their job is.

Their job is to find, cultivate, educate and deliver good potential candidates for elected office to you — the Republican and Democratic voters of Clinton Township. Or, that’s what the Committee members of each party are supposed to do.

But they hide. They prefer you don’t know who they are.

These Committees meet in secret. They vote in secret to decide “who gets the line on the ballot.” And you get to vote — if you’re dumb enough to show up at the polls on June 4.

If they were doing their jobs, you’d get to see candidates debate so that you could choose the best candidate to vote for in the Primary.

If you decide not to waste your time on Primary Day, and don’t need to wash your car, you could wash mine. For all the good it’s going to do you. Because the next 2 Council members in Clinton Township don’t get elected — they get chosen by the GOP bosses way before any election.

Good luck choosing your party’s best candidates in the Primary on June 4.

And you wonder why Clinton Township government smells like ass.