Subjected to questioning by the public about the letter she did or did not write, Bev Thorne couldn’t even get the Open Public Meetings Act right. How can the public trust her to manage public business?

The special August 15, 2013 North Hunterdon Voorhees school board meeting had barely started when board president Beverly Thorne announced the board was immediately going into closed (or “executive”) session, and then she promptly ignored the NJ Open Public Meetings Act — the same sections of the Act that she ignored at the April 23 meeting. Were it not for the quick thinking of one board member, Thorne would have gone on to conduct a closed session that would have to have been invalidated.

Who’s running these meetings, anyway — and who is running the North Hunterdon-Voorhees School District?

Thorne asked for a motion to move to executive session, accepted a motion and a second, asked for a vote, and thereby ignored the New Jersey Open Public Meetings Act because she failed to follow the prescribed steps required by law.

Thorne has been a school board member a long time. She should know the law, and so should the school board attorney, who sat idly while Thorne started taking the vote.

The OPMA (NJSA 10:4-12) requires that closed session may be conducted only under one or more of nine exemptions from the requirement that the school board’s meetings must be conducted in public.

Thorne failed to cite which of nine exemptions she was using to conduct the closed session.

In addition, NJSA 10:4-13 requires that, prior to conducting a closed session, a specific statement be read into the record prior to executive session:

a. Stating the general nature of the subject to be discussed; and

b. Stating as precisely as possible, the time when and the circumstances under which the discussion conducted in closed session of the public body can be disclosed to the public.

Thorne, president of the school board for many years, failed to clearly state the subject to be discussed. What she said about the topic was unspecific, unclear, and incomprehensible:

(If some wag responds that, “Well, we all know what she means…” the answer is that the law requires the details to be stated on the record.)

Thorne also failed to state when the discussion from the closed session would be disclosed to the public.

The law is clear: If you don’t state (a) and (b), you can’t go into executive session. Period. Then, slam, bam, thank-you-m’am and Thorne was taking a vote after accepting a motion and a second. All the while, attorney Liss sat silently permitting a violation to be committed.

Listen to the recording of Thorne’s resolution and the motion, second, and call for a vote — which was interrupted by one board member who takes the law seriously:

(Recording courtesy of school board member Robert Becker, who brought his own recorder to the August 15 meeting and then posted the two-hour recording to both YouTube and DropBox. It seems that NHVSD can’t afford a little digital recorder… According to Superintendent Mike Shaddow, who called the editor of this blog on the phone, the matter of recording school board meetings is “still in committee” and he has “no control over it.” It’s been in committee forever, and board president Beverly Thorne and the rest of the board took no action to record this important meeting after being asked to please record it.)

Come on, folks! If you can’t follow the simple process required by law to conduct your meetings, do you really expect anyone to take you — this means all of you — seriously? Right about now, every school board member looks like a rube on a power trip… except maybe one…

Only one board member seems to know the law

Elected members of public bodies have an obligation to know the law and to obey it. Yet one board member made a motion to adopt Thorne’s faulty resolution and another seconded it. Time for both to go to John Paff’s “Open Public Meetings Act” workshops — and to be joined by the rest of the board and its attorney.

Only one board member — Robert Becker — caught the failure and insisted on discussion, during which he asked the questions that Thorne should have answered prior to taking a vote. (Is it any wonder he also recorded the meeting?)

Wake up call to the rest of you on the board: Have you ever read the Open Public Meetings Act? It’s a lot like the New Jersey Driver’s Manual — you need to know what red lights are before you can drive on public roads… Right now, you’re all looking like a bunch of provisional drivers in a pile-up on I-78…

It isn’t the first time

Thorne’s disregard of the Open Public Meetings law isn’t a first. She disregarded the same law at the April 23, 2013 board meeting. At that meeting, Thorne again started taking a vote to go

to closed session, and was interrupted from the audience by a call for a point of order — and was notified that she was breaking the law and going into closed session illegally. (That time, the vote was completed and the violation committed.) Board attorney Liss was again asleep at the wheel. (How much is Liss being paid to attend these meetings?) Awakened from her slumber, Liss conferred with Thorne on April 23, then Thorne amended her resolution to comply with the law.

Just four months later, Thorne and Liss are at it again — demonstrating disregard of the law.

At the very least, it’s time for the board to dismiss attorney Liss for her callous failure to protect the board from its own ignorance.

How do we know what happened at the April 13 meeting? The editor of this blog was present and heard it all. Unfortunately, the NHVSD board of education does not record its meetings, so there is no verbatim record of what Thorne and Liss did. The minutes of the April 23 meeting note — barely in passing and without detail of what actually happened — that a member of the public made “a comment” — but the resolution is not noted as having been faulty.

So much for getting all our information from the board’s “meeting minutes.”

It’s time for this board to start recording their meetings.

It seems Thorne and Liss still don’t get it. How is the public expected to trust anything this crew does if it can’t follow the most basic laws about Open Public Meetings? How is anyone to believe anything this crew says about the larger mess about sports coaches, bullying, forged letters to the editor, lack of oversight, and manipulation of public opinion — if they don’t know and respect the law?

Meanwhile, what is the rest of the board of education doing? And what is the New Jersey Department of Education doing? Uh, Commissioner Cerf…? Up here in Hunterdon — you know, the people who send a lot of money to Trenton to educate kids in other counties? Can you please come up here and clean up this mess? 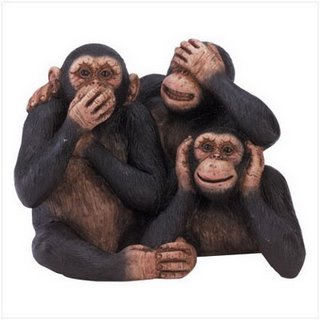