North-Voorhees School Board: Why don’t you record public meetings?

This is an open letter sent to the North Hunterdon Voorhees School Board today, regarding the August 15 “special meeting” to be held at 7:00 pm at the District Office. (See Hunterdon Democrat, North Hunterdon-Voorhees Superintendent Shaddow could face calls for his resignation.)

I’m sharing with you an e-mail thread between me and your communications coordinator. I am just totally mystified at what I’m being told.

Twice I asked Ms. Smagala why the district does not use this mailing list [the “parent e-mail distribution list” used by NHVSD to communicate almost daily with parents] to announce board meetings, since the list includes some of the district’s most important stakeholders — parents. Ms. Smagala has not answered my question.

Especially because the district is in the middle of an important communications controversy to be covered at tomorrow night’s special meeting, I cannot fathom why the district would not use this important channel of communication to announce the meeting, to encourage people to attend. In the current climate, no one can be faulted for drawing the conclusion that the district prefers to keep quiet about this meeting. Posting notice on your website and in newspapers is a “pull” sort of notice. Sending the notice to this list is a “push” notice. Ask anyone on the board who knows about the Internet what that distinction means. It means you’re not using the best methods to announce the meeting.

It’s bad enough that a meeting like this is being held in the middle of August when so many people are away — but it’s even worse when the district does not use every means at its disposal to announce such a meeting to as many people as possible as efficiently as possible.

Ms. Smagala notified Superintendent Shaddow about my question to her. He called me on the phone about it. We had quite a discussion. But he did not answer the question, either.

So, I ask that the board discuss this at the meeting: Why is this list not being used to announce board meetings, especially THIS meeting? 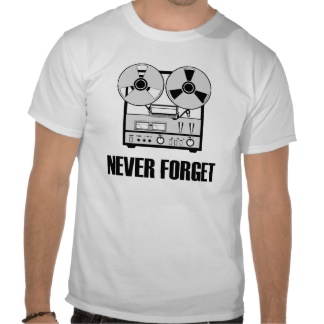 I cannot attend the meeting tomorrow night. Like many people, I will be away on vacation, but I would like to attend. Since I cannot, I would like to ask that this important meeting be recorded and the audio file be posted to the board’s web site — and that this e-mail list of Ms. Smagala’s be used to distribute a link to the file. I’d like answers to the questions that will be covered tomorrow night — and since I can’t be there, I think it is reasonable to ask that the board do what my town council and what my own local school board both do — RECORD THE MEETING! Dr. Shaddow says he wants the public to know the truth. I cannot imagine a better way for the district’s own explanation of the facts to be communicated firsthand.

NHVSD has an enormous investment in technology — media, audio, video, communications. Get some recorders out of the school and use them so taxpayers, parents and the public can hear this important meeting. With all due respect, it is ludicrous that in this day and age, with the taxes we pay, that Dr. Shaddow tells me “It’s up to the board to record the meetings” and that “it’s in committee,” and that the decision has not been made to operate transparently by publishing this audio. That this silly debate has been going on for so long makes it look an awful lot like the board does not want its public business on the public record. (I’ve read some of your “minutes.” I’ll take recordings, please.)

Let’s get with it. It’s no surprise that the press is covering the district’s failures of communications almost every day now. I expect the August 15 meeting to be recorded and the audio to be published promptly.

(Why are the e-mail addresses of board members Jobson and Costa not on the board’s website? Will someone please forward this e-mail to them promptly? Thank you.)

Since this mail was sent, school board president Beverly Thorne wrote to say she had instructed District Communications Coordinator Maren Smagala to distribute a notice of the special meeting to parents. The notice went out at 9:00PM Wednesday, August 14 — less than 24 hours before the meeting.

Thorne would not commit to recording the meeting. Maybe the problem is they don’t want to spend the money on technology?

This entry was posted in Hunterdon County, Schools, State. Bookmark the permalink.