The Clinton Township school board’s official spokesperson, attorney Vito Gagliardi, is misleading the board and the public about Hunterdon County Prosecutor Anthony Kearns, III’s findings that the board violated the Open Public Meetings Act multiple times on multiple occasions. 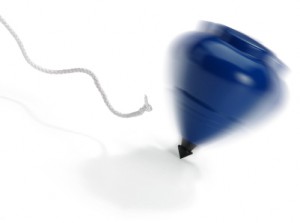 At the July 23 school board meeting, Gagliardi spins the Prosecutor’s findings. He says that “the Prosecutor’s Office agreed with our assessment,” as if the board had brought its own violations to the attention of the Prosecutor. But that’s not true.

In a July 11 letter to the school board, the Prosecutor found the board created meeting minutes out of whole cloth: “It is particularly troubling that this pattern of non-disclosure at the public meetings is followed by minutes that wrongly state that the disclosures were made.”

Gagliardi even tries to turn the “troubling” misinformation the Prosecutor found in the meeting minutes into a grand gesture by the business administrator to provide “more specific minutes” than were required.

Audio clip from the July 23 school board meeting — Gagliardi speaking to the board:

“The Prosecutor’s Office agreed with our assessment, that is, that the three executive sessions at issue were commenced with a flawed resolution that ironically was compounded by minutes that were more specific than the resolution. That is to say, ironic in the sense that the allegations that the board is somehow trying to conduct business in secret are belied by the fact that the business administrator made the minutes more specific than the actual motion to go into executive session to provide the public with the information that the citizen alleges the public was denied.”

If you understand this hundreds-of-dollars-an-hour doubletalk about what’s “ironic” and “belied,” drop us a note with a translation.

The meeting minutes were not “more specific than the actual motion to to into executive session.” The business administrator added words to the minutes that misrepresent what was in the motion. The Prosecutor explains it simply:

“These entries create the impression that all items above labeled ‘a’ through ‘d’ were discussed during the public portion of the meeting. A review of the audio recordings for each of these meetings proves that they were not.”

“The problem is that these entries do not reflect what actually happened at the February 27, March 26, and March 29 meetings.”

That is, the permanent minutes “wrongly state” the meetings.

Who authorized paying a lawyer to spin the violations?

The chair of the school board’s “communications committee” is Maria Grant. She has not explained who authorized spending legal fees for public relations purposes — and there is no record of the board authorizing funds for this expenditure.

Misinformation: This is la-la land 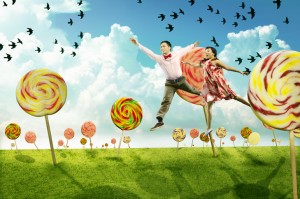 When will the board just issue an apology for violating the law and explain how it happened? After spinning its meeting minutes, the board is now “ironically” paying a lawyer to spin the story of the violations:

Everything is just fine in our fair school district! No worries in La-La Land!

The school board’s policy toward the public is now clear: We do whatever we want, regardless of the law, regardless of violations, then we spend legal fees to spin it all into doubletalk that you can’t understand, and we never apologize to anyone for anything. School board Uber Alles.

(The complete recording of the July 23 board meeting is available on the school district’s website.)