In response to criticism about paying another over-the-top salary to an administrator (CTSD Pays Another Jackpot Raise to an Administrator: 40% and a letter to the editor), the Clinton Township school board has issued a statement. But the statement is not from the the board president, Jim Dincuff, or the chair of the communications committee, Maria Grant, or even from the board itself. It’s from new superintendent Dr. Drucilla Clark.

The hope was that the new superintendent would make the board more transparent. Instead, the trend of deflection and misdirection continues. The new super is covering up for the school board’s super-spending on an adminsitrator salary.

A letter from the superintendent, defending the school board?

Superintendent Clark didn’t vote on the hire of a new business administrator (BA). She’s not an elected official. Her letter “explaining” the board’s action to pay a 40% raise to hire a new BA doesn’t explain what the board members themselves have to say about the matter.

Why is the board hiding?

The board has said nothing about the matter. It discussed the matter in executive session on June 4 during interviews. Then it voted on June 11 with no discussion whatsoever in public. Slam, bam, vote to make the hire with no justification. Once again, the BOE engages in duck-and-cover spending. Let a “spokesperson” explain the board’s actions. More of the same.

When you can’t justify spending too much money, explain that everyone is doing it. That’s Dr. Clark’s story in her letter.

But Dr. Clark’s explanation of a 40% salary increase holds no water because she claims the board paid based on the market. Let’s look at the market.

According to the NJ State Report Card, median salary for teachers in NJ in the last reported year was $59,575. The Clinton Township school district (CTSD) pays its teachers 10% less than the median — $53,118. But the board just offered a salary of 8% more than the state median for a new administrator.

Why do we pay teachers less, and administrators more?

Dr. Clark, show us the teacher who was hired in the past year for a 40% salary increase. We’ll show you 4 schools full of teachers who are paid under the state median.

Clark’s apologia is a shameful public relations cover-up by a new administrator who has been deployed by a school board that refuses to explain its own indefensible spending decisions. To add insult to tax injury, Clark tells us the County Superintendent blessed the 40% increase. One highly-paid, un-elected official citing another to cover up an elected board’s super-spending.

Did County Superintendent Jeff Scott interview Spitzer? Has he certified that she’s worth $120,000?

Why didn’t the school board just explain itself before it voted to spend the money and make the hire? There was not one word of discussion by the board at its meeting. 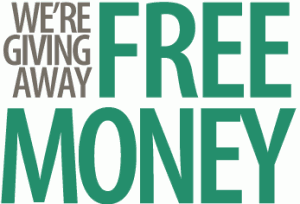 The school board has done it again and again — hired adminsitrators earning dramatically less in tiny school districts, giving them jackpot salary increases without explanation or justification.

Show us the experience and expertise

Clark does not explain how and why Spitzer qualifies to manage business for a district that has 5X the budget of Spitzer’s former employer, 4X as many schools, and over 5X more students. Clark explains that the district had a budgeted amount for the position, and that it spent every dime available.

Spitzer may be worth the money, but the board’s action is indefensible because it never explained itself before it made the hire. Once again, deflection and misdirection by a board that demonstrates disregard for the public, and poor stewardship of $30 million in tax dollars.

This isn’t about how much money we can spend, it’s about spending only what we need to. If the board was bent on spending the maximum, why didn’t it find a BA with skills and experience commensurate with the size of our district? The freeholders recently filled a top management position at half what they’d been paying before — they didn’t try to spend all the funds available.

In routine fashion, the board hid its decision process from the public before offering a huge salary increase without saying one word in public to justify the action.

The story is that the chair of the board’s communications committee, Maria Grant, has thrown another PR message to the public after the board — as the Prosecutor has reported — once again withheld information from the public. Grant has repeatedly engaged in duck-and-cover PR while she’s been in charge of communications — her contrived “polls” are legendary.

The bottom line is that spend-and-cover behavior by the school board continues. When the board wants to spend over the top, it does it without saying a word in public. When it gets busted, it sends out “a spokesperson” to “explain” without explaining anything.

Time to stop driving the district into the wall

If the board is to take the Prosecutor’s warnings to heart, it will start disclosing information to the public in public meetings before it takes action — and not offer half-baked second-hand rationalizations after the fact in a letter. Taxpayers, parents, and students deserve better.

Spitzer may be a wonderful BA. But the board has done her and the public a disservice by completely cloaking its decision process and then deploying a spokesperson to defend itself after the fact — without answering the questions that matter.

Rather than justify the hire by telling us what makes Spitzer worth $120,000, Clark explains that the board spent every dime in the budget on the position because it had the cash, and because the County Superintendent said it was okay.

It would have been easy enough for the board to pay Spitzer a small increase, and raise her salary after Spitzer proved herself capable of handling a district 5X bigger than her last one. Just like they do with teachers.

Don’t blame Clark, or Spitzer yet. They’re newcomers. The board has a communications committee that drives information around the district. And once again, the facts — and people — are getting run over. Communications committee chair Maria Grant seems to have no compunction about hanging two new players out on the front hood to take the impacts, while the board’s leadership continues to drive the school district into one wall after another.

If Clark wants to do this district a favor, she needs to take the wheel and demonstrate that there’s new leadership in town. The authorities have already issued one warning to the school board for running the public off the information highway.