Hiding The Money: Dincuff schedules 7:30am vote on school budget 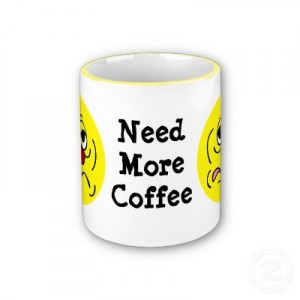 The Clinton Township School Board will vote to submit its preliminary $26 million budget to the state at 7:30 in the morning in a small conference room at Round Valley School on Cokesbury Road, on Friday, March 2, 2012.

Last Monday evening, superintendent Kevin Carroll and board president Jim Dincuff asked the board to approve the preliminary budget sight unseen. Dincuff and Caroll were hiding the money.

The board refused. Now the board has had a couple of more days to study the $26 million budget before voting on it in the early hours of the morning, when the public is least likely to attend.

The night the board voted 6-3 to eliminate school budget elections, member Maria Grant introduced a resolution to make up for killing an election:

Still trying to hide the money, the administration has no interest in communicating the fact that it’s meeting at 7:30 am to vote on the budget. Maria Grant, where are you? As of 5:00 pm today, this is the home page of the Clinton Township school district.

What’s the big upcoming event tomorrow? Bingo Night at PMG. There is no mention of the special 7:30 am budget meeting. 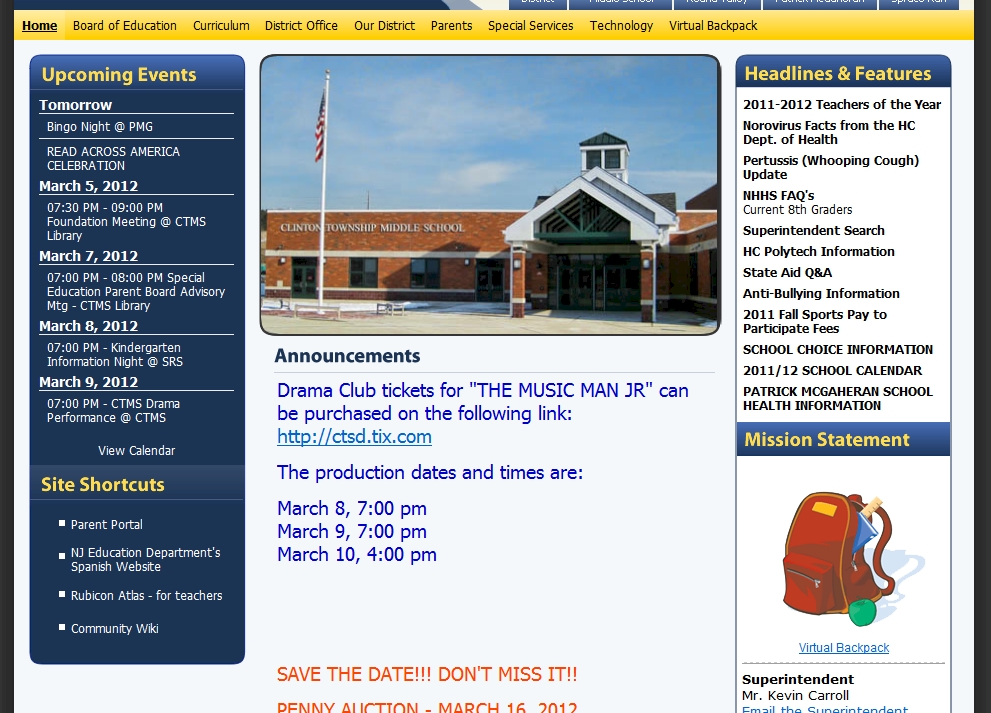 On February 27, Grant vowed that the board will…

“…strive to give information to them on a financial basis as well as with the budget, every step we go, getting their input, and providing information out to them… we’re not going to do anything without them knowing that we’re going to do it.”

As long as “they” can show up at 7:30 am for a meeting that’s not worth posting as prominently as bingo night.

At the February 27 meeting, Dincuff explained why the board has so little time to work on the budget: The state did not announce until last week how much aid the district is getting.

According to Department of Education officials, that’s no excuse for a late budget.

A DOE official explained to this publication that a responsible school board can and should have its preliminary budget done long before now. The state aid numbers are not necessary to build the budget and define the  strategy for the next school year. After all, the aid is relatively small and can be factored in later.

The preliminary budget should have been done weeks or months ago, so it could be reviewed by the public and studied by the board members.

Why wasn’t it? Why the same excuse every year?

The excuse offered by Dincuff for why it’s okay to submit a last-minute, half-baked, un-reviewed preliminary budget is that… any changes can be factored in later! 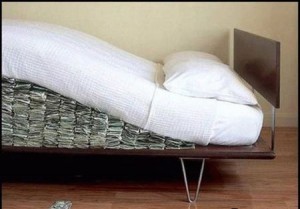 Last year the school board pocketed state aid intended for tax relief, and the majority of the members and the administration are doing it again this year — by hiding the money.

What is the real reason the preliminary budget is sprung on the public and the board at the last minute every year?

The answer is that the administration prefers to hide the money from the public and the board itself — for as long as possible. In late March, it’ll be too late again to review the budget carefully.

But when the public starts asking questions, it’s time to call the cops and boot the public out.

Dincuff and Carroll are betting (your money) that no one will show up at 7:30 in the morning.