Make sure tax dollars are spent on education: Vote NO on school budget 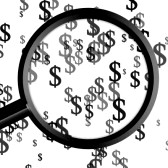 Historically, the CTSD Board of Education (BOE) has demonstrated that it is far more concerned with getting budgets passed than ensuring your tax dollars are spent on teachers, on instruction and in the classroom. The problem is not just how much money the BOE wants — but with how the BOE spends that money.

Since 2006, Martin has enabled the Council to cut millions of dollars out of the CTSD tax levy without eliminating teachers or cutting spending on instruction or in the classroom. Martin has again and again found unspent funds that were tucked away in corners of the budget that taxpayers don’t see, and he has exposed questionable budgeting.

Again and again, the Council has used the auditor’s findings to insist that the BOE spend our tax dollars on teachers, on instruction, and in the classroom.

Voting NO is not a vote against education. Voting NO is saying YES to an independent review of the CTSD budget that reveals to all taxpayers how the BOE and school administration is planning to spend our tax dollars. Voting NO is the best way to ensure tax dollars are actually spent on education.

Once again, the CTSD Board of Education fails the smell test with its new budget and its management methods.

First, the Board of Education is not prudently spending our tax dollars on education. This budget includes $120,000 for 120 Apple iPads for elementary school kids. Not even North Hunterdon High School has iPads.

Technology Director Paul Chepolis admits on the school wiki (which is not really a wiki, but who cares about technology definitions?):

“I can not [sic] stress enough that the iPad will not produce high quality instruction.”

Then he answers his own question:

“So then why the iPad…it just is the most sensibly [sic] tool at the moment.” 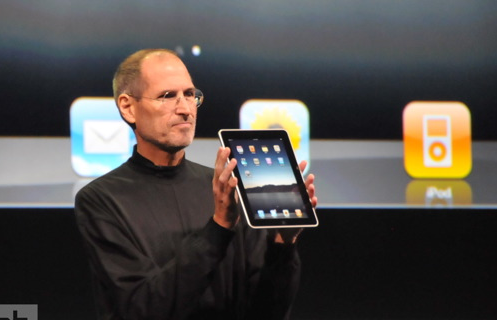 “At the moment” is our technology plan?

Chepolis wants the hottest Apple bling, while North Hunterdon High School leverages technology for years to get maximum return on investment. Under the “plan” every 8th grader will have a computer this time next year. Yet in 10 years our students have never had adequate textbooks to bring home. Kids at North all have books. Our kids get handouts. Meanwhile, the textbook budget is lower than last year. (Can you imagine iPads going home?)

Is Education about Teachers & Kids, or about Administrators?

Second, everything seems more important to the BOE than our teachers, who’ve worked without a contract for over 10 months. But the board just tried to renew Superintendent Kevin Carroll’s contract months before it was due, offering the lame rationalization that they “need him” to implement “the plan” over the next several years. The real reason for extending Carroll’s contract was obvious to the audience of irate parents: To avoid the possibility that new members of the BOE might vote against renewing his contract altogether.

The BOE’s new mantra seems to be, “Stick it to the teachers but keep feeding cash to administrators and Apple.”

Parents and students want good teachers, not bling. The failure to negotiate a contract with the teachers is a serious failure of leadership on the school board — and that’s why voters should dump the incumbents.

Who can blame the teachers when, after 10 months of failed negotiations, they stop coming in early and staying late to provide extra help to students? Superintendent Carroll and the BOE seem to think this is an acceptable consequence of their inability to conclude contract negotiations.

The kids can’t come first when teachers are put last.

Third, the annual “pitch” is embarrassing: “Damn the truth, but get the budget passed!” This year, the BOE brags that they cut the school tax levy. They did nothing of the sort.

The truth is, a decades-old mortgage costing taxpayers half a million a year has finally retired, no thanks to the BOE. The truth is, the school operating budget is actually higher than last year. (See Line Item Budget, page 1. ) Much of the increase is iPads, which will depreciate by half when Steve Jobs introduces iPad3 next year.

The bottom line is, the BOE is asking you to vote for a budget that is higher than last year’s. Not lower.

The BOE keeps revealing that the budget game is rigged. This year, the sales pitch is astonishing: School taxes will be cut, but taxpayers should vote to let the BOE spend more money than last year.

In its annual shell game with taxpayers, the BOE keeps hiding the money. Last year, the BOE projected zero state aid. It was an accounting trick. In fact, the state said we’d get aid, and the district actually received $399,000. But Superintendent Carroll pretended the $399,000 was a surprise windfall.

By projecting zero aid in its budget, the BOE hid the aid from voters, then convinced the Township Council to let the district keep half. That’s how the BOE pocketed $200,000 more than it even asked for in its budget.

The BOE has given us no reason to trust the numbers it has presented this year.

When voters reject the school budget every year, the Township’s special auditor does an honest, independent review. Then we know where the money is really going. Since 2006, these reviews have saved millions in unnecessary taxes, without ever cutting teachers or instruction.

If you care about our kids and our schools, vote NO on the school budget. That’s how you can ensure that, once again, the Township auditor can review the budget, and to ensure our taxes are spent on education. The BOE shouts that it is cutting your taxes — but it is actually spending more money. Vote NO on the budget, so we can put the budget under the magnifying glass again this year.

Vote against incumbents Lebbing and Schaible, who brought you this higher-spending budget, and vote against Maria Grant, who spent last year advocating for higher school spending and higher school taxes.

Vote for real change on the BOE: Vote for Michelle Sullivan and  Marc Freda to bring sanity to school spending, and to make our BOE accountable to voters.