According to documents obtained via the Open Public Records Act (OPRA), the Clinton Township School District’s Business Adminstrator, Patricia Leonhardt, misled the Board of Education, the municipal administrator and town council, and taxpayers into believing the Board of Education had taken action on $247,310 of tax relief funds.

The result? Clinton Township taxpayers will pay $247,310 more than necessary in property taxes starting with their August 25 bill next week. 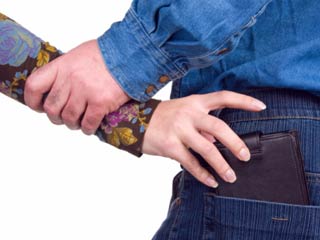 On July 12, New Jersey Governor Christie surprised the Clinton Township schools with $247,310 of unexpected State aid — urging the district to immediately give it back to taxpayers in the form of tax relief this year.

This money was for tax relief

So determined was Christie that this money should be used to lower current property tax bills, that he ordered an extension to the date on which property taxes are normally due — in order to give the school district time to properly apply the quarter million dollars as a reduction of the school tax levy this year. Christie gave schools across New Jersey until 4:00 pm on Tuesday, July 19 to take this action. (And your April property taxes are due August 25, not August 10.)

The result? The funds automatically went into the school board’s account, available to be spent next year.

Meanwhile, the Clinton Township Council learned about the tax relief funds and quickly directed Administrator Joss to notify the school board that the Council expected the new funds would be applied as tax relief this year. Leonhard responded:

The date was July 14 — five days before the deadline for the school board to meet and vote to return the monies to taxpayers.

But the BOE had not decided anything because it had not met and no meeting was ever scheduled. No one is authorized to “decide” anything on behalf of the BOE except a majority of the BOE. And Leonhardt should not have referred to a BOE decision because there was none.

An Oversight, Or a Ploy to Withhold Tax Relief Money?

The notice to Joss seemed to be a calculated ploy to suggest to the town Council that the BOE was taking care of business, while it was actually withholding tax relief monies by letting the decision deadline pass quietly…

On July 18, one day before the deadline for the board to act, Leonhardt sent this e-mail to two board members:

But the BOE had made no decision. By that point, it was indeed too late, because to convene a meeting of the BOE, legal notice to newspapers is required 48 hours in advance. Leonhardt or board president Jim Dincuff could given proper notice the week the governor issued the funds, and could have scheduled a BOE meeting in time to act.

They did not. Instead, Leonhardt — and whoever authorized her to make the misleading statements — stated “the BOE has decided.”

Once Again, The BOE Hides the Money

Later in the week, Leonhardt delivered her weekly “DON”  or “District Office News,” which is circulated to all board members:

The Business Administrator referred to a “decision” of the Clinton Township School Board three different times over the course of a week — a decision that was never made. 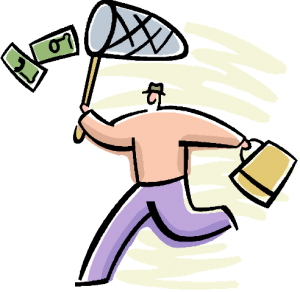 The failure to act resulted in the school board withholding $247,310 of tax relief from current tax bills.

It’s a month later now. No newspaper has reported that taxpayers were deprived of a quarter million in tax relief, which would have saved money for families in dire straits today. The BOE has never notified taxpayers that the quarter million POOF! just disappeared.

Nor has anyone notified taxpayers that the board members they elected had a choice to meet and vote to pass along the tax relief that Governor Christie intended.

What happens to the money now? Clinton taxpayers can have fun chasing it, because next year, the school board is free to spend it.

Who’s behind all this? Who actually “decided?” Click here for answers.

Who tried to stop it? The board members who wanted a meeting.

Why don’t you know about this? The cover-up.