Give us freedom: A sign of bad signs to come?

The new Clinton Township Freedom Fighters, led by councilman Harmen Vos, are trying to show us the truth in an old French proverb: Be careful what you wish for: You might get it!

Vos and his freedom fighters should do their homework before they demand their rights under the Constitution, because in this case the Constitution might very well bite them — and all of us — in the ass, as a result of their demands.

Everyone — including councilmen Harmen Vos and Jim Imbriaco, who loves messing with ordinances while ignoring state and federal influences over our town — enjoys holding forth on the 10% of an issue that’s easy to shout about. But they don’t bother to do the homework and look at the bigger picture — or should I say the bigger sign? 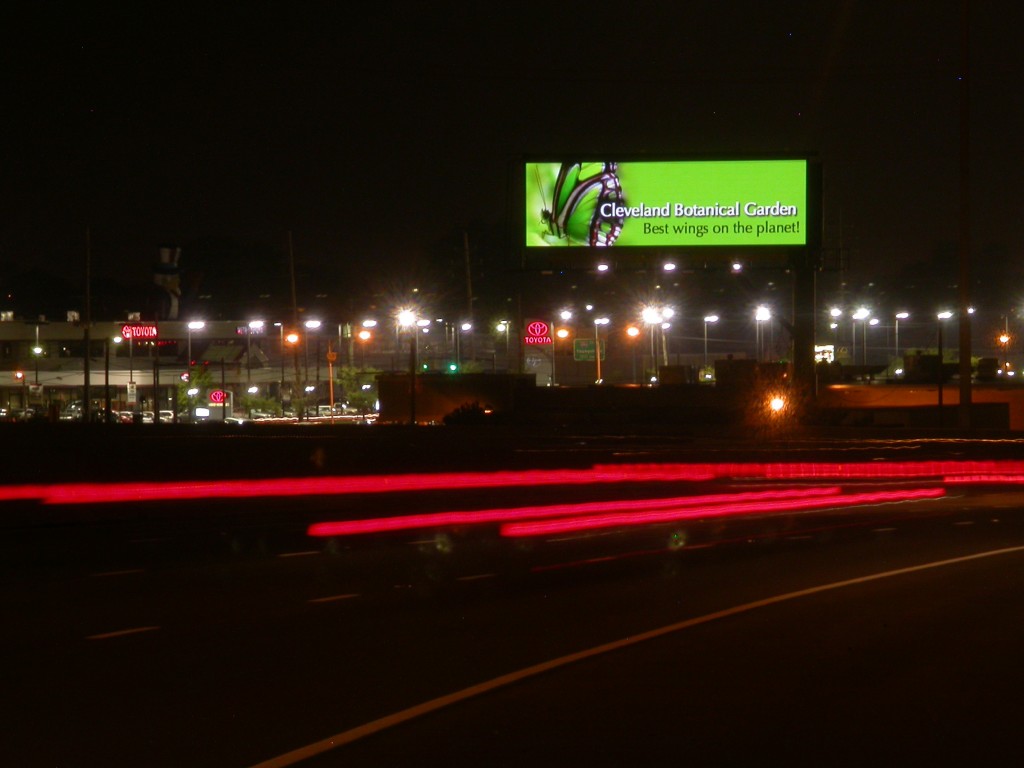 The bigger issue is, do you want massive, digital signs all across our landscape, like those that line the Atlantic City Expressway leading into AC? If you want them, then read no further. If you don’t want them, then do your homework before you address the sign issue in Clinton Township

Several years ago, a group of towns along 22/78 worked together to stop massive, digital signs from being erected along our highways by the three biggest advertising companies in the U.S. The issue is the Constitution’s First Amendement right to free speech. These companies invoke the First Amendment across the country to force towns to permit these signs — which look like UFOs hovering over the landscape at night, and that create safety hazards when their rapidly changing messages distract drivers doing 75 MPH on the interstate –, then they go to court and get a town’s entire zoning ordinance overturned. Know what happens when your entire zoning ordinance is thrown out by a court? (Ask councilmen Imbriaco and Vos to explain it to you. That’s why you elected them. But they didn’t bother to explain this during the council meeting.) 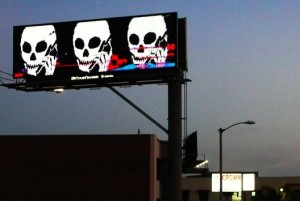 The towns that fought this battle all hired a First Amendment and billboard-sign attorney, who has defended towns in most of the states in the country. The attorney has created a sign ordinance that we all adopted — and it is bulletproof. It has withstood every legal battle in every state. The reason it has withstood legal attacks is because it does not discriminate between signs we like and signs we don’t like.

The choice we made was that, to protect ourselves from big, digital signs, we had to restrict signage across the board — not just big, digital signs. This means no big banners can be flown by the Catholic Church at festival time, no big bake sales can be put up by the schools, and other “worthy non-profits” must restrict how they advertise their events.

Vos talks about the Constitution but reveals his massive, digital ignorance. We can’t have all the “little” signs Vos says we should have — because it would violate the Constitutional rights of those three big advertising companies. And if that happens, we get big, digital signs all over Hunterdon County. Our entire zoning ordinance gets overturned. (Ask Imbriaco and Vos to explain it to you.)

The Constitution does not permit discrimination.

The bottom line is this: If we screw around with “little signs,” permitting one here and there, then we open holes in the “big picture” sign ordinance we and other towns adopted several years ago, to stop big, digital signs. The big sign companies monitor ordinances in the towns where they want to erect their UFOs. Then they file suit for infringement of their First Amendment Rights. Suits we are likely to lose. 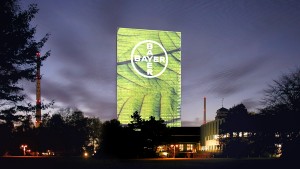 Those who shout “freedom” could get our towns screwed because they don’t really understand the Constitution and the fact that Clearchannel, Coastal and CBS have the same First Amendment rights that local restaurants and churches do.

Keep complaining about your “rights” in ignorance. Keep playing political games to get votes. Ignore the big-picture sign ordinance, and you’ll be looking at UFOs all up and down Routes 22 and 78.

It has become very popular for “the people” to demand their Constitutional rights. To demand “liberty” and “freedom from excessive legislation.” To tell government to “leave us alone.” But these same folks often have no idea what they’re asking for.

The punchline here is not funny. Screwing around with our big sign ordinance could cost us our landscape, our entire zoning ordinance, and a lot of money in lawsuits. The town council should make sure it fully understands the big picture, and not forget what that big sign ordinance was designed to do. If we blow holes in it now, it’s like we never paid to have it written to begin with. Does anyone working on this — or complaining about it — know what they’re really doing?

This entry was posted in Hunterdon County, Municipal. Bookmark the permalink.