Businessman Mihir Patel apparently takes the Hunterdon County Commissioners seriously when they claim to promote Economic Development. He recently made a presentation to the Town of Clinton council about opening a prospective retail cannabis business in the old TD Bank building at 92 West Main. Patel’s plans are based on overwhelming approval of voters for cannabis businesses. But the elected councils of both Town of Clinton and neighboring Clinton Township both decided to ban any and all cannabis operations in direct contradiction of a public referendum. 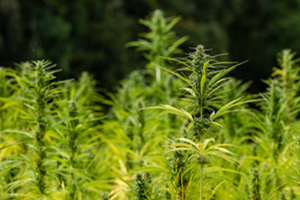 The clear majority wants cannabis. This is in accord with Hunterdon County’s costly initiatives to promote economic development. The County Commissioners even hired a full-time Economic Development Czar, Mark Saluk. You’d think he would have been at the Clinton meeting, cheering Mr. Patel on. Why isn’t Saluk encouraging towns to get a move on? For that matter, why are the Commissioners themselves not shouting Cannabis Tourism! from the barn tops?

Over a year ago politicians told us they had to work out the details to make sure the new state law was implemented properly. It’s become clear these politicians have no intention of abiding by the will of their own constituents.

Everyone’s entitled to their opinions. But when local elected officials rationalize their rejection of cannabis because a minority of residents shout the loudest against it, all should fear for representative democracy.

What dismays and alarms is the disingenuous (or possibly ignorant) commentary from councilwoman Megan Johnson. The Hunterdon Review reports that “Johnson said…because children use the parking lot for playing, she asked how Patel would accommodate for their safety.”

Seriously? How did TD Bank account for “children using the parking lot for playing?” How do the nearby gas station and nail spa account for it? Since when is a business liable for the activities of local children playing on its property when they shouldn’t be? (Hello, parents?) Do the planning board approvals for the gas station, nail salon and bank site include accommodations for playgrounds?

Ms. Johnson should know better as an elected official. Has she asked her planning board whether it can legally require Mr. Patel (or a gas station) to ensure the safety of children playing on their site?

Commentary from the public is also troubling.

“Sean Lyon, a Clinton Township resident [at the Town of Clinton meeting], suggested that a nurse who has been educated in medical cannabis use should also be on property at all times because bud tenders do not know how medicines would interact with the cannabis, and it would be safer for the community to have a trained medical professional on staff.”

A truly bizarre suggestion. Under Lyon’s logic, every pharmacy should now have a cannabis-trained nurse on site “at all times” because pharmacies “do not know how medicines would interact with the [now legal] cannabis.” For that matter, should our towns now have a trained nurse on site in every bar and liquor store because these establishments don’t know how alcohol interacts with prescription medications customers may be on? Council members might ask the bartender — when they adjourn for a glass of wine after their meetings.

In Clinton, Ms. Dineen got the approval of only 741 Clinton voters. 1,125 voters approved cannabis in Clinton.

The Review article doesn’t say whether any Clinton residents spoke to support a cannabis business like Mr. Patel’s. Do they need to? Over 65% of them already voted to support it.  Yet municipal officials like Johnson and Dineen in Clinton and Mayor Brian Mullay and Council President Marc Strauss in Clinton Township keep voting against voter-approved Economic Development.

When elected officials fail to do the majority’s will and actively subvert county-mandated economic development, the majority should remember that in the next elections. It seems a lot of self-righteous local officials suffer from a kind of uneducated anti-cannabis fever — “Reefer Madness.” But before you drink to that, consult “a trained nurse.”