Invasion of the police snatchers: Who’s behind it? 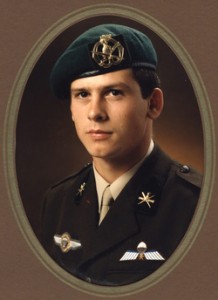 Vos in Uniform: The next county police chief? Source: NJIAT.com

Who is behind the effort to snatch the Clinton Township Police Department?

After producing yet another harebrained “plan” to get rid of the Clinton Township Police Department by turning the police force over to the county sheriff, mayoral candidate Harmen Vos got yet another embarrassing lesson in government at the last council meeting from Sgt. Matt McGill, as reported in the Hunterdon Review (Vos unpopular with police in Clinton Township).

Vos’s first plan was to eliminate the CTPD and hire the New Jersey State Police to patrol Clinton Township. Vos gave that up when he learned that the State Police do not replace police departments.

“We must all work together”

That’s Vos’s answer every time he presents a cockamamie idea that he can’t work out on his own: “We” should work it out for him. So, what was Vos’s response to McGill’s detailed questions about how a deal with the county sheriff’s office would work??

“Voss [sic] did not respond in the meeting but put his thoughts on paper and sent them to the press.”
— Hunterdon Review, Nov. 2, 2011

Incapable of explaining his plans face-to-face, Vos begs off, goes home, and lets his Raritan Township (Tom Smith), Franklin Township (Paul McPherson) and county handlers write up his “thoughts.” At the previous council meeting, Vos had Raritan Township resident Tom Smith come to make the “police plan” presentation to the Clinton Township council. Smith cited freeholder Matt Holt and Sheriff Fred Brown in his presentation as supporters of the concept.

The mayor and other council members roundly rejected the plan presented by Vos and Smith.

Why are Raritan Township residents and a county freeholder backing the invasion of the CTPD? Why is councilman Harmen Vos playing mouthpiece to out-of-town interests in Clinton Township?

Invasion of the brain snatchers

We are long past politely pretending that Harmen Vos is acting with any intelligence or insight. Clinton Township is facing an invasion of brain snatchers. There is no thought or intelligence behind Vos’s plans — just external influences that are using Vos for their own ends.

Where’s the plan? Who produced the plan? Here’s what Vos says on his campaign website (vos4mayor.com):

For detailed studies and info on this great concept: http://www.njiat.com/sportsmen.html

The website Vos relies upon to support his invasion of the CTPD hides the identity of its owners in the Internet domain whois database, and provides the following contact information:

Are these Vos’s backers? They campaign for Vos on their website and he cites them on his. But, who are they?

A political power play for the CTPD

Sgt. McGill pointed out at the last council meeting that Vos provides absolutely no details to support his farfetched plan to turn the CTPD over to the county sheriff’s office. Smith’s presentation and the NJIAT “report” suggest that there’s a political power play going on: Vos has been set up by county officials who want our cops so they can rent them out to other towns to generate revenue for the county.

The alternate plan, which would never occur to Vos, and which the Clinton Township mayor and council should immediately take up, is for Clinton Township to directly offer police services to other Hunterdon towns that want them. Then Clinton Township keeps the revenue, manages its own resources, and the middlemen at the county — the freeholders and the sheriff — are kept out of the equation.

Who needs more county government overhead and middle management when Clinton Township already has the management and the team to make this work? Directly sharing its police services would produce real revenue for Clinton Township while providing a cost-effective alternative to other towns that can’t afford their own PD’s.

It’s clear that Vos is now working to advance the interests of a few county officials who are desperately looking for a “political win” in shared services, and who are trying to build a police empire.

It’s no accident that two of Vos’s key supporters, Lou Reiner and Tom Smith, are from Raritan Township, where Brown used to be the police chief. Smith uses the anonymous NJIAT “guns and bible” website to justify Vos’s attacks on the CTPD and to endorse Vos, and that website relies heavily on claims of support from Holt and Brown. In a small county like Hunterdon, political tracks quickly surface. 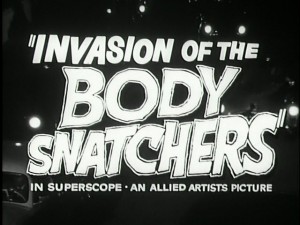 And this is the most troubling aspect of the Vos political machine: Freeholder Matt Holt and Sheriff Brown have suddenly emerged as the brains behind this invasion of Clinton Township. They seem incredibly interested in acquiring the Clinton Township cops to man their planned “county-wide” police force. But using Vos as their point man has backfired, revealing political meddling from the county level.

The truth is, Hunterdon towns don’t need the county to manage a shared police service. They just need to go talk to Clinton Township, which has all the resources necessary to provide police services to towns that need them.

Why don’t these guys at the county go hire their own cops and their own management, and invest in building their own police department? Answer: They don’t know how. Interfering in Clinton Township’s business seems like a much easier strategy — especially when they can hide behind Vos.

Snatching Harmen Vos’s brain is one thing. But politically invading Clinton Township to take over the Clinton Township Police Department for the purpose of generating revenue for the county — that’s a battle they have already lost. Perhaps their next step will be to call in the Dutch Green Berets.

This entry was posted in Election 2011, Hunterdon County, Municipal. Bookmark the permalink.